Alec Baldwin will remain as the star of the movie “Rust” as it restarts production, the movie’s lawyer has confirmed.

The 64-year-old actor will be charged with involuntary manslaughter in the 2021 death of Halyna Hutchins, despite previously insisting he did not pull the trigger.

Hutchins’ widower Matt, who shared his 10-year-old son Andros with the late cinematographer, will stay on as the film’s executive producer — a role he took on as part of the wrongful death lawsuit that was settled for an undisclosed amount in October.

“Rust” will also see its director Joel Souza return, despite being injured in the shooting.

“The film is still on track to be completed,” Rust Movie Productions attorney Melina Spadone said in a statement.

Hutchins was killed on the set outside Sante Fe, New Mexico on Oct. 21, 2021, after Baldwin’s prop gun discharged a live round and struck her in the chest. She was 42.

The actor’s attorney has since called the charge against the “30 Rock” actor “a terrible miscarriage of justice.”

Gutierrez-Reed — who oversaw the weapons on set — has repeatedly denied responsibility for the shooting. She was once described as being “a bit careless with the guns.”

The first charge carries a maximum sentence of 18 months, but because the second charge includes a firearm enhancement, both Baldwin and Gutierrez-Reed would face a mandatory five-year sentence if convicted.

In January 2022, Gutierrez-Reed filed suit against the props company that supplied the rounds, alleging it sold blanks and lives mixed together.

In November, Baldwin filed lawsuits against several crew members of the movie. Lawyers for both Baldwin and Gutierrez-Reed have protested their clients’ innocence and vowed to fight the involuntary manslaughter charges. 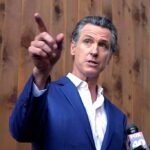 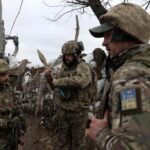