Alec Baldwin could be behind bars for five years if he’s convicted in the death of “Rust” cinematographer Halyna Hutchins — but the disgraced actor has vowed to fight the charges.

Baldwin, 64, will be charged with two counts of involuntary manslaughter for Hutchins’ October 2021 death on the set of the western film, New Mexico District Attorney Mary Carmack-Altwies announced Thursday.

The “30 Rock” star, who accidentally fired the fatal shot that killed Hutchins, was charged “in the alternative,” meaning if he’s found guilty, the jury will have to choose between two charges.

The first charge, involuntary manslaughter, is a fourth-degree felony that carries a maximum sentence of 18 months in prison.

The second charge, involuntary manslaughter in the commission of a lawful act, is also punishable with up to 18 months in prison — but prosecutors tacked on a firearm enhancement to the charge, which would mandate Baldwin spend five years behind bars.

The movie’s armorer Gutierrez-Reed, who loaded the prop gun that Baldwin then shot, faces the same charges as the actor.

Both accused parties have denied responsibility for the 42-year-old mom’s death and slammed the charges on Thursday.

“This decision distorts Halyna Hutchins’ tragic death and represents a terrible miscarriage of justice,” Luke Nikas, the lawyer representing Baldwin, told The Post, saying he would “fight these charges, and…win.”

The latest on the film set shooting of Halyna Hutchins

“Mr. Baldwin had no reason to believe there was a live bullet in the gun — or anywhere on the movie set. He relied on the professionals with whom he worked, who assured him the gun did not have live rounds,” he said.

Jason Bowles, the lawyer for Gutierrez Reed, told The Post his client “did not commit involuntary manslaughter” and said the DA’s investigation into the shooting was “very flawed.”

Los Angeles criminal law defense attorney Lou Shapiro said it’s possible Baldwin could come out on top, especially since he already settled a civil suit over the shooting with Hutchins family in October.

He said prosecutors don’t have “an easy sell” for Baldwin “because there were several other people who handled that weapon before him.”

Baldwin’s role as a producer of “Rust” could certainly work against him, though.

“If he was just merely an actor, I don’t know that he would have been charged,” Shapiro said. “I think being a producer of a set imputes a certain amount of responsibility as to what happens on the set.”

Baldwin’s brass will likely put the blame on Gutierrez-Reed and other crew members as his lawyers could claim the actor hired experts to ensure the set was safe.

“That’s going to be his defense– that those experts had one job, and they didn’t do their job,” Shapio said. 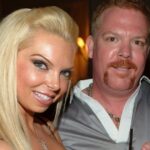 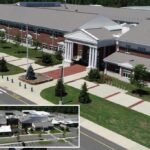