Keeping up with the Browns! The cast of Alaskan Bush People not only document their family life but also their relationships, which have all the ups and downs that are expected on reality TV.

The Discovery Channel series premiered in May 2014, giving fans a glimpse at what it is like for a family to try to survive in the Alaskan wilderness without modern aids. Late family patriarch Billy Brown and matriarch Ami Brown married in June 1979 and had seven children together. As their kids have grown up, they settled down and started families of their own, but not all of their romances have been smooth sailing.

Bear Brown, for one, fell for Raiven Adams after they met at his brother Noah Brown’s wedding in August 2018. They made their relationship official in July 2019 and announced their engagement the following month. However, the pair called it quits in September 2019.

“It’s been a long battle for me to decide what I should do. What I should say,” Raiven wrote via Instagram at the time. “I think this life is too much for me. The drama, the articles, the harassment. The mean people who have nothing better to do. And due to that, and several other reasons, me and Bear have decided to stay friends. Sometimes two people are meant to be in each other’s [lives] … but not in the way they thought. Wishing the wolf pack all of the best luck on every adventure.”

Things took another turn later that month when Raiven revealed she was pregnant with the duo’s first child. “Quickly after deciding friendship was best for us, we found out we had a little surprise coming our way,” she explained on Instagram. “After a quick engagement, because we felt that was the right thing to do, we talked about things and ultimately decided being coparents was best for us as well as our baby. We are super excited and surprised to announce this, especially due to current events. We are excited to coparent as friends and do our best to be the best we can be.”

That wasn’t the end of their love story. Bear told fans via Instagram in September 2019 that they were giving their relationship “another shot,” but Raiven confirmed they broke up again in October 2019. After several more ups and downs, the two welcomed son River in March 2020. As of September 2020, they are back together, with Bear writing on Instagram: “I asked Raiven if she would be my girlfriend, and she said yes!”

The reality TV couple proved they were in it for the long haul and got married in January 2022. “It feels really good to be a married man, I’ve loved Raiven [for] a long time and it’s [an] honor and a privilege to finally call her my wife,” Bear told People of his new spouse following their intimate nuptials.

However, the pair hit another roadblock when Raiven revealed that they are taking a break in December 2022.

Scroll through the gallery below to find out which Alaskan Bush People couples are still together! 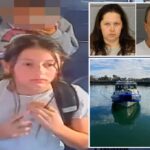 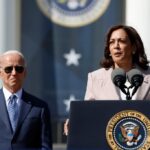