The two people killed by a polar bear in Alaska Tuesday were identified as a young mother and her 1-year-old son, officials said, while also revealing the pair were brutally mauled in front of a school with frightened kids inside.

Summer Myomick, 24, was walking with her son Clyde Ongtowasruk bundled in her arms from Kingikmuit School in Wales to a health clinic just 150 yards away when the large bear broke through a cloud of swirling snow and attacked the pair around 2 p.m.

Their deaths marked the first fatal polar bear attack in the US in about 30 years and left the small Alaskan whaling community of 150 people reeling from the tragedy.

However, the bloodshed could have been worse if not for the actions of the school’s administrators, said Susan Nedza, chief administrator of the Bering Strait School District.

Principal Dawn Hendrickson put the building — which also functions as a community center — on lockdown and closed all the blinds so the children couldn’t witness the terrifying attack.

Several school employees and community members then ran out of the school to try to scare the polar bear away with shovels as it mauled Myomick and her baby.

The bear stopped momentarily — only to turn and charge at those with shovels. They rushed back inside and Hendrickson slammed the school door closed in the face of the wild animal — potentially saving lives, Nedza said.

“The polar bear was chasing them and tried to get in as well,” she said. “Just horrific. … Something you never think you would ever experience.”

Wales doesn’t have any law enforcement, so the school put out a call asking community members for help. A person, who has not been identified, came with a gun and shot the bear dead as it continued to attack Myomick and her son.

The mother likely had no idea they were in imminent danger of a polar bear as they left the school building into a blinding snowstorm, Alaska State Troopers said.

A state trooper and wildlife official flew into Wales — the westernmost point on the North American mainland — the day after the attack to investigate.

Myomick and her son’s remains will be transported to the state medical examiner’s office in Anchorage.

Myomick was also a mother to a 3-year-old daughter named Avatia. The family lived in the nearby village of St Michael.

A GoFundMe page set up by a family friend for Myomick’s funeral expenses called her “a devoted mother.”

“She was kind and loved by all in her village of St Michael, and her second home Wales,” Cynthia Hare wrote on the fundraising page. “She was a young mother who was incredibly proud of her two young babies.”

Hare said “Baby Cylde” was “bubbling with life” and “a joy” to the family.

Kingikmuit School administrators cancelled classes for the rest of the week and the school district flew in counselors to meet with students in Wales. The building was closed Wednesday, but reopened Thursday and Friday to allow students to seek counseling, get a meal or play a game, Nedza said.

It’s unclear what caused the polar bear to attack the mother and son. However, the species views humans as prey, according to Geoff York, the senior director of conservation at Polar Bear International.

Samples from the bear were taken for the state veterinarian to examine.

The last time a polar bear killed a person in the US was in 1990. The bear mauled a man in a village north of Wales and biologists said the animal showed signs of starvation and was desperate for food,  the Anchorage Daily News reported.

Encounters between polar bears — the largest bear species — and humans have become more common as melting ice forces the animals onto land where people are.

The bears are protected under the Endangered Species Act and the Marine Mammal Protection Act and cannot be legally hunted or harmed unless necessary for human safety. 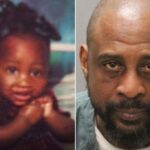 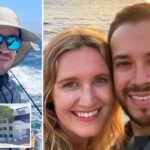