An enraged Alabama mom chucked a computer at an airline worker when she realized she’d lost her kids at the airport.

Video shows the Birmingham mom yelling and ripping things off the counter after her two young children had walked away to the bathroom while she was checking in for her connecting flight with American Airlines.

“Once [McMillie] noticed the children were not with her, she became irate and began to scream, demanding the gate agent to find her children,” Miami-Dade Police explained.

McMillie, who was traveling to New York City, can allegedly be seen yelling and tearing the boarding pass reader off the counter. She eventually grabbed the computer and threw it at the gate agent, bruising the woman’s shoulder.

“She went into panic mode,” one witness told WSVN. “That’s what happened.”

According to the arrest affidavit obtained by The Post, McMillie’s outburst caused $10,000 in damages.

She was briefly detained by US Customs and Border Patrol agents before being taken into custody by local police.

She was charged with aggravated battery, criminal mischief and disorderly conduct.

Records show that she remains in custody.

“Acts of violence against our team members are not tolerated by American Airlines,” company spokesperson Derek Walls told WSVN. “We are working closely with law enforcement in their investigation.” 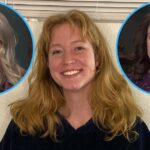 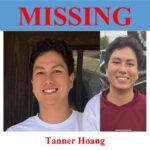