An Alabama father allegedly beat his 14-year-old daughter after the teen girl revealed a potential affair the enraged dad was having, according to a local sheriff’s office.

And the sickening beatdown only stopped when the girl ran to a next-door neighbor who helped her after she suffered “obvious injuries,” the Franklin County Sheriff’s Office said.

Christopher Andrighetti, 39, allegedly went ballistic when he learned that the teenage daughter told her mother that Andrighetti created a social media account and was possibly having an affair, authorities said, according to WHNT-TV.

Andrighetti began to violently beat her by punching her and hitting her with a shower curtain rod and piece of wood, the sheriff’s office reportedly said she told authorities. She also told authorities she was shoved to the floor and several items were thrown at her, including glass bottles, the television station reported.

When the father ordered his daughter to then clean up the mess, she went to the kitchen for trash bags but instead fled the home when she noticed the front door was open, sheriff officials said.

When she reached a neighbor’s home, authorities were called and deputies eventually found Andrighetti cowardly hiding in a bedroom closet and covered in blood from self-inflicted cuts to his arms and waist, the sheriff’s office said.

Deputies also saw broken beer bottles, a smashed-up Nintendo Switch and several blood droplets outside the mobile home’s door, authorities reportedly said. When they entered, the home was in “disarray” with laptops crushed and the television ruined, WHNT reported.

Two children lived in the home. The 14-year-old was rushed to the hospital for her injuries.

He’s in the county’s jail ahead of a bond hearing, WHNT reported. 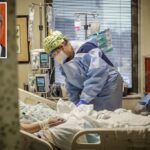 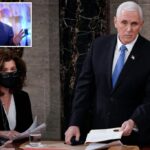