An Air Force pilot ejected from his jet just before the plane crashed at the end of a Salt Lake City runway Wednesday evening.

The F-35 A Lightning II crashed at the north end of the Hill Air Force Base runway at 6:15 p.m., the 388th Fighter Wing said in a series of tweets.

“The pilot ejected, was recovered and has been taken to a local medical center for observation,” the Air Force unit announced.

On and off-base emergency crews responded to the wreck, the Air Force said.

Several people reported seeing smoke from the crash from across Davis and Weber counties, 2KUTV said.

The crash caused a small wildfire, the outlet reported. The fire has since been suppressed, but response efforts continue.

The cause of the crash is not yet known but will be investigated.

The Air Force wing is asking members of the public who witnessed the crash or who “finds anything” related to the incident to come forward. 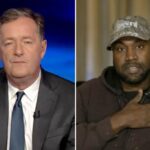 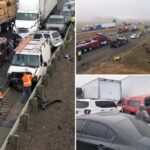