A legend! Leslie Jordan was a beloved actor, Hollywood star and internet sensation. The longtime talent died on October 24, 2022, during a fatal car crash, his rep confirmed to In Touch. Prior to his passing, he appeared in some of the most iconic television shows and films.

“The world is definitely a much darker place today without the love and light of Leslie Jordan. Not only was he a mega talent and joy to work with, but he provided an emotional sanctuary to the nation at one of its most difficult times,” his manager said in a statement to In Touch. “What he lacked in height he made up for in generosity and greatness as a son, brother, artist, comedian, partner and human being. Knowing that he has left the world at the height of both his professional and personal life is the only solace one can have today.”

Leslie has made an impact in the entertainment industry since the ‘80s. Keep reading to learn more about his most popular TV and movie roles!

Leslie played multiple roles throughout the series, while showcasing his various acting abilities. He played Quentin Fleming during season 3: Coven, Ashley Gilbert/Cricket Marlowe during season 6: Roanoke and Courtney during season 9: 1984.

Leslie Jordan Starred In Will & Grace

Leslie won an Emmy for Outstanding Guest Actor In a Comedy Series for his role as Beverly Leslie on the hit TV show. 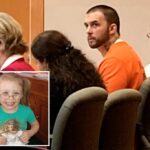 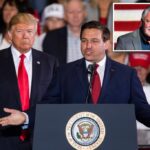