From whirlwind romances to brief flings, Rob Kardashian has quite an impressive dating history. While the Keeping Up With the Kardashians alum has been in some high profile relationships, some of his public romances have stood out more than others.

Of course, fans could never forget Rob’s tumultuous romance with his ex-fiancée, Blac Chyna. The two were hot and heavy after linking up in January 2016. By April of that year, they were engaged and announced they were expecting their first baby together one month later.

After welcoming their daughter, Dream Kardashian, in November 2016, Rob revealed Chyna had left him the following month on Snapchat. Just a few days later, the pair was back on.

The coparents officially sparked breakup rumors in February 2017. “Rob thinks it’s the right decision,” an insider told Us Weekly one month after they shared their one-year anniversary. “Chyna has disappeared for days at a time without communicating or providing any updates. This won’t end well.”

In July 2017, the entrepreneur put Chyna on blast for allegedly cheating on him. Although she didn’t deny the allegations, she accused Rob of being physically abusive in response. After Rob posted explicit photos of the mother of his child, there was no going back. Since then, the two have been in a bitter custody battle.

They agreed to split joint custody of their daughter in September 2017. The exes seemed to be coparenting well until Rob went back to court because he could no longer afford to pay child support.

Their relationship went back to being civil until Chyna’s attorney, Lynne Ciani, claimed Rob was trying to take Dream away from her mom after alleging she was a “danger” to the toddler. “Chyna will vigorously contest this latest, despicable attempt to take away her daughter in a court of law — where she will keep prevailing against her ex-fiancé Rob and the other malicious and vindictive members of his family (namely, Kris Jenner, Kim Kardashian, Khloé Kardashian and Kylie Jenner),” the lawyer said in a statement to In Touch.

Additionally, Chyna worried for her daughter’s safety after she suffered a second-degree burn while in Rob’s care. Rob’s lawyer Marty Singer said, “the health, safety and well-being of Dream is and has always been Rob’s top priority,” adding, “Following an investigation by the DCFS and the police in which Rob fully cooperated, he has every reason to believe that there will be no findings of any safety issues in his home.”

Their legal drama continued when Chyna filed a lawsuit against the Kar-Jenners for alleged abuse, defamation and cancellation of their E! series, Rob & Chyna. She alleged that Rob physically abused her, though he has denied the claims. Chyna also asked Rob’s sisters for $100 million in total financial loss, claiming they are the reason the E! show was canceled.

Rob’s relationship with Chyna is clearly a rollercoaster, to say the least! Scroll below to see who else Rob has dated. 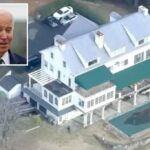 Secret Service admits it has some Biden Delaware visitor records 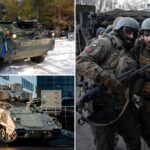 US adding armored vehicles to fresh $2.6B Ukraine aid package