Adnan Syed, the subject of hit crime podcast “Serial” whose murder conviction was vacated earlier this year, has landed a job with Georgetown University.

The DC-based University announced Thursday that Syed has joined Georgetown’s Prisons and Justice Initiative as a program associate where he will support inmates and prison reform efforts.

“To go from prison to being a Georgetown student and then to actually be on campus on a pathway to work for Georgetown at the Prisons and Justice Initiative, it’s a full circle moment,” Syed said in a statement.

Syed, 41, was found guilty of killing ex-girlfriend Hae Min Lee in 1999 after she was found strangled to death and buried in a Baltimore park — but he and his family have always maintained his innocence.

His case grabbed national attention after it was chronicled in the first season of the award-winning audio series “Serial” in 2014, shocking American audiences.

A judge tossed Syed’s conviction on Sept. 19 and ordered him released based on DNA evidence after he spent more than two decades behind bars.

Prosecutor salso said said a reinvestigation of the case revealed evidence regarding the possible involvement of two alternate suspects — and that the original prosecutors failed to disclose this to Syed’s defense team. 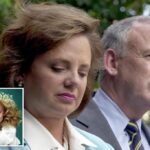 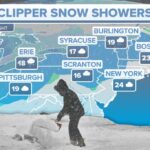