US Rep. Adam Schiff tried to get a journalist suspended from Twitter and to have “any and content” related to House Intelligence Committee staffers removed from the site, according to the latest document dump authorized by new owner Elon Musk.

In Tuesday’s installment of the ongoing “Twitter Files,” independent journalist Matt Taibbi posted a Nov. 20, 2020, email regarding a request from the California Democrat’s office to suppress free speech on the social media platform.

Taibbi called it an example of the “astonishing variety of requests from officials asking for individuals they didn’t like to be banned.”

The journalist in question was Paul Sperry, a Post columnist who in January 2020 wrote an article for RealClearInvestigations about the purported “whistleblower” behind former President Donald Trump’s first impeachment, for which Schiff served as a House manager.

A former official who reportedly heard the conversation told Sperry, “Just days after [Trump] was sworn in they were already trying to get rid of him.”

The email posted by Taibbi shows that Schiff’s office asked Twitter to take five specific steps that an unidentified company employee said were “related to alleged harassment from QAnon conspiracists.”

They included, “Remove any and all content about Mr. Misko and other Committee staff from its service — to include quotes, retweets, and reactions to that content.”

In response, another unidentified Twitter employee wrote, “no, this isn’t feasible/we don’t do that.”

Schiff’s office also asked for suspension of “the many accounts, including @GregRubini and @paulsperry_, which have repeatedly promoted false QAnon conspiracies and harassed” someone whose name is blacked out.

The Twitter employee responded to that by writing, “we’ll review these accounts again but I believe [name blacked out] mentioned only one actually qualified for suspension.”

In an email Tuesday, Sperry told The Post, “I have never promoted any ‘QAnon conspiracies.’ Ever. Not on Twitter. Not anywhere.”

“Schiff was just angry I outed his impeachment whistleblower and tried to get me banned,” he said. “I challenge Schiff to produce evidence to back up his defamatory remarks to Twitter.”

Sperry also said, “This is a scurrilous smear, but par for the course for the unscrupulous Chairman Schiff.”

In August, Sperry told conservative commentator Glenn Beck that he was permanently suspended from Twitter in the wake of the FBI search of Trump’s Mar-a-Lago Club in Palm Beach, Fla.

“They kicked me off the day after Trump’s home was raided, and I was in the middle of tweeting more about the raid and I got a message popping up saying I was permanently suspended. No reasons were given,” he said at the time.

On Tuesday, Sperry suggested that Schiff may have been behind that move, saying, “Looks like Schiff’s office initially got friction from Twitter gatekeepers. Still, I was banned just a few months after this ‘request.’”

“Were there subsequent demands from Schiff? May explain why Twitter would never give me a reason for banning me,” he added.

After buying Twitter for $44 billion in October, Musk hired a team of independent journalists to review internal company records and report on its prior “free speech suppression.”

“The public deserves to know what really happened,” the billionaire Tesla founder said in November.

The first installment detailed Twitter’s crackdown on The Post’s Oct. 14, 2020, scoop about Hunter Biden’s now-infamous laptop, including how the decision was “just freelanced” without the involvement of founder Jack Dorsey, then the company’s CEO.

During testimony before a House committee in March 2021, Dorsey said that barring users from sharing the story was a “total mistake.”

Other “Twitter Files” documents showed how the FBI reportedly treated the company as its “subsidiary,” including through extensive correspondence with Yoel Roth, then Twitter’s head of trust and safety, and by flagging accounts that “may potentially constitute violations of Twitter’s Terms of Service.”

In a statement last month, the FBI downplayed the communications as “nothing more than examples of our traditional, longstanding and ongoing federal government and private sector engagements, which involve numerous companies over multiple sectors and industries.” 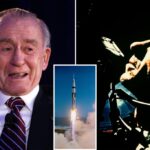 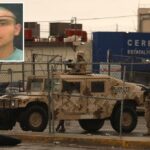