A ringleader in the failed plot to kidnap Michigan governor Gretchen Whitmer in 2020 shouldn’t receive a life sentence in prison, according to his attorney.

Gibbons claims the government used “histrionic descriptions” of Fox, including comparing him to the Oklahoma City Bomber Timothy McVeigh who killed 168 people, that do not represent “his actual intentions or actual capabilities.”

“Adam Fox was an unemployed vacuum repairman who was venting his frustrations on social media but abiding by the laws of the State of Michigan,” he said.

The filing in federal court in Grand Rapids, Michigan, came four days after federal prosecutors said that a life sentence behind bars would be justified for Fox’s attempting to “light the fire of a second revolution,” according to federal court records.

Fox and several other men planned to kidnap Whitmer at her vacation home in 2020 in response to anger stirred up by COVID-19 restrictions, federal prosecutors said.

The men were arrested after four of them attempted to buy $4,000 in explosives from an undercover FBI agent.

Fox was convicted in August alongside Barry Croft, the plot’s other leader, on charges of kidnapping conspiracy and conspiring to obtain a weapon of mass destruction.

Two other men charged in the scheme were acquitted in April, while two others pleaded guilty to conspiring to the kidnapping conspiracy.

US District Judge Robert Jonker will sentence Fox on Dec. 27, while Croft will be sentenced on Dec. 28. 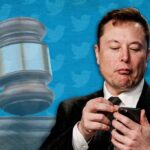 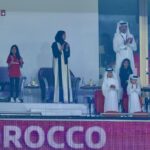