Accused Brooklyn subway shooter Frank James was hit with a superseding indictment Friday, charging him with 11 counts for the April rampage that wounded 10 people.

A federal grand jury indicted James on 10 counts – one for each gunshot victim – of committing a terrorist attack or other violence against a mass transportation system. He was also slammed with a count of discharging a firearm during a crime of violence.

If convicted, James faces life in prison, a spokesperson for the US Attorney’s Office for the Eastern District of New York said.

The accused madman was previously charged in Brooklyn federal court for the April 12 shooting aboard the N train in the Sunset Park section of the borough.

Prosecutors allege James traveled from out of state — he was staying at an Airbnb in Philadelphia — to carry out the attack during rush hour that morning.

He allegedly let off a smoke bomb on the train as it traveled between stations and shot 10 people, all of whom survived.

More than 20 people were injured in the melee, police said after the attack.

James has appeared in court a number of times since his arrest. His trial is scheduled for early next year in Brooklyn federal court.

It’s unclear if the superseding indictment will delay the trial. 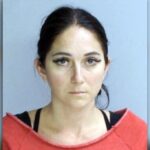 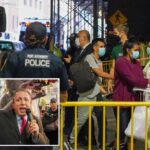