A famous abstract painting by the Dutch artist Piet Mondrian has been hanging upside down in museums for more than 75 years — after it was first displayed the wrong way at the Big Apple’s MoMA, an art historian revealed this week.

The lattice-style 1941 piece, titled “New York City I,” features multicolored tape thickening at the bottom of the canvas — however the thicker tape should really be at the top, German museum curator Susanne Meyer-Büser said Thursday, according to The Guardian.

“I am 100% certain the picture is the wrong way around,” said Meyer-Büser of the Kunstsammlung Nordrhein-Westfalen museum in Düsseldorf. “The thickening of the grid should be at the top, like a dark sky.”

Meyer-Büser was researching the painting for the museum’s new exhibit “Mondrian Evolution,” when she found a photo of the painting correctly hung in the artist’s studio in 1944, she said.

The artwork — made with oil paint mixed with yellow, red and blue stripes — was first put on display incorrectly at New York City’s MoMA in 1945.

Museum workers there may have had sloppiness down to a fine art, the curator said.

“Was it a mistake when someone removed the work from its box? Was someone being sloppy when the work was in transit?” said Meyer-Büser. “It’s impossible to say.”

But despite the big flippin’ screw up, the German museum is going to continue hanging the art the wrong way to avoid damaging it.

Displaying it the right way now could cause the artwork to disintegrate, Meyer-Büser warned.

Mondrian made the piece by intricately layering tape at the top of the frame then working his way down, which explains why its yellow lines stop a few millimeters short of the bottom in the correctly hung version, according to ArtNews.com.

The painting has been hung upside down in the museum in Dusseldorf since 1980. Its new exhibition is devoted to Mondrian’s early paintings. 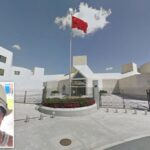 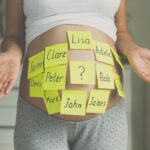