A critically injured first-grade teacher intentionally shot by a 6-year-old student in the classroom is being hailed as a hero for warning other kids to flee to safety amidst the gunfire.

Abby Zwerner, 25, was identified by FOX3 Now News as the teacher who was shot in the chest around 2 pm Friday at Richneck Elementary School in Newport News, Va.

Zwerner, of nearby Williamsburg, Va., was rushed to Riverside Regional Medical Center with life-threatening injuries, where she remains in critical condition.

There were no other reported injuries.

Sebastian Gonzalez-Hernandez, whose own 6-year-old was also in the classroom during the shooting, praised Zwerner for being so selfless.

“She screamed at her kids to run away” immediately after being struck by a single bullet, he told FOX3.

Gonzalez-Hernandez said his son didn’t see what happened, but when the boy heard the gunshot, he turned around and saw Zwerner on the floor.

“She is a great teacher who works hard. My son loves her very much, and we’re all very sad about what happened,” the father said. “We’re all thinking about her and hoping she gets better soon.

He later said on Facebook, “Praying for my son’s 1st grade teacher that got shot by a 6 year old at Richneck Elementary today! She is the best teacher and I really hope she pulls through this.”

The young student who allegedly fired the gun was taken into custody.

Another 6-year-old student who witnessed the shooting told The Daily Press that her classmate shot their teacher “on purpose” and that the instructor fell to her knees after being stuck.

Police Chief Steve Drew told reporters at a news conference Friday that “this was not an accidental shooting. It was in a classroom, and there was a fight.”

Authorities said it wasn’t immediately clear what sparked the argument or how the child managed to get ahold of the weapon.

A grandmother of one of Zwerner’s students said another pupil brought “bright gold bullets” to school last week, but it’s unclear if its same youth in custody, FOX3 reported.

Messages left with Zwerner’s family and the school Saturday were not immediately returned.

However, Newport News Schools Superintendent George Parker said Friday that its “students got a lesson in gun violence and what guns can do disrupt to not only an educational environment but also a family, a community.” 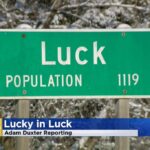 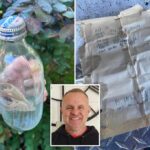 Message in a bottle reunited with owner 37 years later