A Florida boy with autism who wandered away from his home in his pajamas was found dead in a nearby pond early Thanksgiving morning, according to local reports.

Aaron Peña, the youngest of three, had gone missing the day before around noon, the Orange County Sheriff’s Office said.

His mother told News 6 she noticed Aaron had disappeared when she couldn’t hear him in the house.

“I wasn’t hearing any type of laughing sounds or him singing over and over — like, repetitive songs — he does that, or he’ll usually create a scenario where he’ll talk to himself about the birds and colors and songs that he watches on YouTube,” Melissa Stanton said.

She checked the entire house before noticing the back door was open. Stanton said the door is usually latched and believes Aaron figured out how to unlock it.

“It’s with a heavy heart that we must report that Aaron Pena was found, deceased, in a body of water not far from his home,” the department announced.

Aaron’s death comes just 10 days after 3-year-old Axel Caballero was found dead in a retention pond near his home in Seminole County, about 15 miles from where Aaron lived.

Axel also had autism, according to police 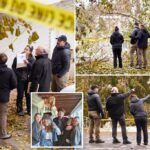 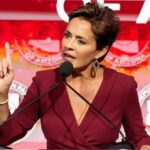