The late Aaron Carter came from a well-known family in Hollywood. The “I Want Candy” singer died at age 34 on November 5, 2022, and his siblings shared heartfelt tributes via social media.

“My heart is broken. Even though my brother and I have had a complicated relationship, my love for him has never ever faded. I have always held on to the hope that he would somehow, someday want to walk a healthy path and eventually find the help that he so desperately needed,” Nick Carter wrote via Instagram following his brother’s death. “Sometimes we want to blame someone or something for a loss, but the truth is that addiction and mental illness is the real villain here. I will miss my brother more than anyone will ever know.”

While the Backstreet Boys member might have been Aaron’s most famous family member, the singer is survived by other relatives. Keep reading for details on Aaron’s family, including parents, siblings and more.

Who Are Aaron Carter’s Parents?

The family’s life was documented in the short-lived E! series House of Carters, which aired for one season in 2006.

“I am heartbroken to share the news that our father, Robert, passed away last night,” Nick shared on Twitter at the time. “While we learn more about the cause of death, and begin the grieving process, we ask that our privacy be respected at this difficult time.”

How Many Brothers and Sisters Did Aaron Carter Have?

The eldest Carter sibling, Nick, is also a singer as a member of the Backstreet Boys. His sister Bobbie Jean has since stepped out of the public eye. Their sister Leslie died in at age 25 in January 2012 following a drug overdose. Lastly, Aaron had a twin sister named Angel.

“To my twin… I loved you beyond measure. You will be missed dearly,” she captioned an Instagram post following Aaron’s passing. “My funny, sweet Aaron, I have so many memories of you and I, and I promise to cherish them.”

It’s also been reported that the Carters have a half-sister, Virginia Marie, from their father’s first marriage. They also have a stepsister named Taelyn Dobson and half-brother Kaden Brent Carter, which came from his father’s last marriage to Ginger Elrod. 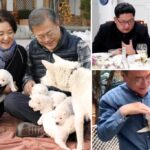 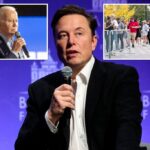