WASHINGTON – President Biden, a fierce critic of former President Donald Trump’s alleged mishandling of hundreds of classified documents after leaving the White House in 2021, now finds himself accused in a similar situation.

After it was revealed late Monday that Biden’s personal attorneys found classified documents from his time as vice president improperly stored in an office closet at his DC think-tank, the president himself stunned reporters Thursday by admitting that other sensitive papers were found in the garage of his Wilmington, Del. home — where he also keeps his classic Corvette.

Hours later, Attorney General Merrick Garland announced for the second time that he was appointing a special counsel to investigate a current or former president for potential misconduct related to classified information.

Here’s how the scandal has unfolded:

In an interview with “60 Minutes,” Biden chastises Trump for having classified papers at his private estate.

“When you saw the photograph of the top-secret documents laid out on the floor at Mar-a-Lago, what did you think to yourself?” asks CBS News’ Scott Pelley. “Looking at that image.”

“How that could possibly happen. How one– anyone could be that irresponsible,” Biden answers. “And I thought, ‘What data was in there that may compromise sources and methods?’ By that I mean names of people who helped or th — et cetera. And it just — totally irresponsible.

Six days before the midterm elections, Biden’s personal lawyers discover 10 documents with classified markings — some of them labeled “top secret” — in a locked closet while clearing out his office at the Penn Biden Center for Diplomacy and Global Engagement.

The documents are dated from between 2013 and 2016 and included intelligence memos and other material concerning Iran, Ukraine and the United Kingdom. According to CNN, the documents are mixed in with Biden family papers, including details of the funeral arrangements for the president’s late son Beau, who died of a brain tumor in 2015.

Garland appoints veteran federal prosecutor Jack Smith as special counsel to determine whether former President Donald Trump will face federal charges in connection with his retention of the sensitive government documents in Florida.

Smith, a former federal prosecutor in the Brooklyn and Nashville, Tenn., US Attorney’s offices — as well as a former Manhattan assistant district attorney — remains in charge of the ongoing case to date, but no charges have been filed.

CBS News reports on the documents found at the Penn Biden Center, the FBI and DOJ involvement, and the appointment of Lausch.

That evening, the White House releases a statement by Richard Sauber, special counsel to the president, saying that Biden’s attorneys notified the National Archives about the documents the same day they were found, and the agency took possession of the materials the next day.

“The documents were not the subject of any previous request or inquiry by the Archives,” the statement says. “Since that discovery, the President’s personal attorneys have cooperated with the Archives and the Department of Justice in a process to ensure that any Obama-Biden Administration records are appropriately in the possession of the Archives.”

At a news conference in Mexico City, the president reads a prepared statement claiming that “I take classified documents, or classified information seriously.”

“I was briefed about this discovery and surprised to learn that there were any government records that were taken there to that office,” Biden says. “But I don’t know what’s in the documents. My lawyers have not suggested I ask what documents they were. I’ve turned over the boxes, they’ve turned over the boxes to the Archives, and we’re cooperating fully, cooperating fully with the review, which I hope will be finished soon and there’ll be more detail at that time.”

NBC News reports that Biden aides have found more classified documents at a second location, but does not specify where

“Classified materials next to your Corvette? What were you thinking?” Doocy asks.

“My Corvette is in a locked garage, OK? So it’s not like they’re sitting out on the street,” Biden replies.

“So it was in a locked garage?” Doocy follows up.

“Yes, as well as my Corvette,” Biden admits.

Garland taps former Maryland US Attorney Robert Hur as special counsel to investigate how the classified documents ended up in Biden’s private possession.

“Under the regulations, the extraordinary circumstances here require the appointment of a special counsel for this matter,” Garland tells reporters at the Justice Department.

“This appointment underscores for the public the department’s commitment to both independence and accountability in particularly sensitive matters and to make decisions indisputably guided only by the facts, and the law.” 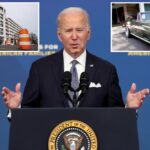 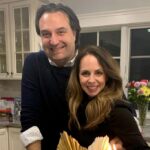