Fentanyl seizures across the US southern border continue to skyrocket, with 9,400 pounds of the killer drug seized between October and December, a 241% increase year-on-year, according to federal figures.

The synthetic opioid continues to poison the country, and smugglers are eschewing other drugs to bring it in, with fentanyl busts increasing 52% month-on-month in December while heroin and methamphetamine seizures were up by just 1% and 4%, respectively.

Most interceptions are made at ports of entry into the country, where people and vehicles are screened and inspected.

A recent big bust in Eagle Pass, Texas, had an estimated street value of $173,040, according to Customs and Border Protection.

In that haul, agents found more than seven pounds of fentanyl concealed inside the liner of an ice chest in a vehicle.

A lethal dose of the drug, which is 50 times more powerful than heroin, can be as little as 2 mg — enough to fit on the tip of a pencil. As it is also being used to cut other types of drugs, it leads to more overdoses. In 2022, synthetic opiate deaths averaged over 70,000 a month, according to official data.

An area covering Texas, New Mexico and into Arizona has become a drug smuggling hotspot, a spokesman for the Texas Department of Public Safety told The Post.

“Just based on the cartel activity — you’ve got the Juarez Cartel and then the Sinaloa [Cartel]” Lt. Chris Olivarez of Texas DPS said, adding, “They pretty much control that whole western area of the border… from El Paso to Arizona.”

As part of Texas Gov. Greg Abbott’s Operation Lone Star, the state has poured money into the fight against smugglers and increased inland patrols intercepting the drugs. These have initially been successful with enough fentanyl to potentially kill millions seized by authorities.

“For us to seize over 356 million lethal doses statewide [since March 2021], that’s significant, because we don’t have the luxury of being at a port of entry and having x-ray machines,” Olivarez explained.

However, he added cartels are constantly changing their methods of sneaking drugs into the country — turning law enforcement’s efforts into a cat and mouse game. 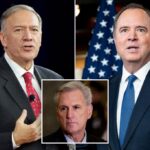 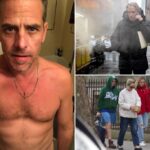