She’s got game! 90 Day Fiancé star Veronica Rodriguez isn’t afraid to go after what she wants — and she proved it by how she met ex-fiancé Tim Malcolm during a late night out.

Despite describing herself as “tubby and very awkward” in high school during the season 3 premiere of 90 Day: The Single Life, the Cuban beauty dropped 40 pounds in college due to a change in diet. “All of a sudden, guys started noticing me,” she shared during the September 2022 episode.

“But then, when I was 20 years old, I got pregnant. I come from a very traditional, conservative Hispanic family,” the Florida native explained of her relationship with her 15-years-old daughter Chloe’s biological dad. “And so, my parents were very clear, ‘You’re getting married.’”

Their romance, however, was short-lived and the pair divorced when Chloe was a year-and-a-half old. After Veronica met Tim at a bar, he quickly stepped in as a father figure role for her daughter.

“I said, ‘I’m gonna find the sexiest man here, I’m gonna go up to him and I’m gonna kiss him,’” she gushed in another scene of the night they met. “And that person was Tim.”

While the two maintain a close relationship — Tim still plays a role in Chloe’s life — she admitted their love lives are affected. “It’s always tough when someone that we’re dating has a huge issue with our friendship and relationship,” she said.

When the mom of one revealed to Tim she met a man online, Tim had hesitations as he described Veronica as a “very hard woman to date.”

“I want Veronica to date. I just want Veronica to date the same person for longer than six months,” Tim told producers alongside her in a joint confessional. “She’s very independent, which, especially here in the south, men aren’t huge fans of. I mean, she’s had some rough s—t in the past. They’ve abandoned her at gas stations.” 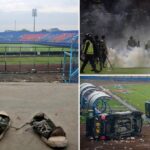 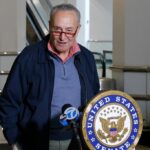