90 Day Fiancé star Loren Brovarnik stood up for herself as her parents continued to put down her and Alexei Brovarnik’s plans to move to Israel.

During the Monday, January 16, episode of Loren & Alexei: After the 90 Days, Loren’s parents, Marlene and Bryan Goldstone, criticized the idea while attending a cookout with Alexei’s family in Israel.

“The thought of them picking up and moving halfway around the world, I don’t think you want to know what I really think about it,” Marlene admitted to Alexei’s friend Dmitry after she was asked her feelings about the potential move.

Marlene added that she thinks moving from Florida to Israel would be “very scary.” She continued, “I don’t know if Loren can endure that.”

While Alexei’s mother encouraged Marlene to “trust Loren and Alexei,” Bryan made it clear that he is also against the idea.

“I have kept my mouth shut this whole time. I am not for it. Period,” he said. “Nothing you can say will change my mind.”

When Loren, 34, asked her dad why he feels that way, he simply answered that he has “many reasons.”

After he told his daughter to “shut up,” Alexei, 34, defended Loren by telling Bryan, “We’re not that aggressive yet.”

“We are this aggressive. We’ve been aggressive this whole week,” Bryan said before adding in a confessional, “It got old hearing the move, the move, the move. Felt trapped. There was no way to go, so I kinda snapped at him. I had to stop it. Enough is enough.”

Loren then shared her thoughts on the situation in her own confessional, stating that the argument “escalated to something it didn’t need to be.”

While talking to her parents, Loren said that moving to Israel “was best for us as a couple.”

“You asked my opinion of this. I’m giving it,” Bryan responded, with Marlene adding, “He’s entitled to feel the way that he feels.”

As Loren continued to argue with her parents, Marlene claimed that the TLC personality “always gives up” on herself.

She continued to vent her frustrations in a confessional. “My parents think I’m a doormat and have no backbone and I’m not capable of doing this move. It’s hurtful,” Loren said. “I can’t believe after all these years, like, ‘What do I have to prove to my parents?’ ‘Why do I have to continue to prove myself to them?’ It sucks.”

A popular topic during season 2 of the reality show has been Loren and Alexei’s interest in relocating their family to Israel.

“Alexei and I agree that it’s important for our kids to experience where [he] is from to understand the culture,” the mother of three previously explained about why they want to move. “But it’s a complete change, it’s not moving to a different state where you still understand American culture. You’re moving around the world to a completely different culture.”

After tying the knot in 2015, the couple welcomed their first child, son Shai Josef Brovarnik, in April 2020. Loren gave birth to their second son, Asher Noah Brovarnik, in August 2021, while their daughter, Ariel Raya Brovarnik, was born in September 2022. 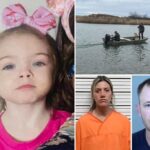 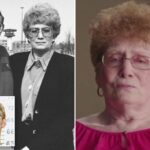