A new man! Jorge Nava went through an incredible weight loss transformation while doing his time behind bars. The 90 Day Fiancé alum shed an impressive 128 pounds, and the TLC alum’s fit physique shocked fans after his November 2019 mugshot was released.

Jorge told In Touch exclusively that fitness became “almost like an addiction” while in prison, adding that the weight loss wasn’t “intentional,” but “happened naturally.”

“I actually started working out with other people that have been training and doing bodybuilding and stuff,” the reality TV star told In Touch via his lawyer, Brad Rideout. He added that he had “pretty good coaches” in prison. And the results speak for themselves.

Jorge appeared on season 4 of 90 Day Fiancé in 2016 with his now-ex-wife, Anfisa Arkhipchenko. Two years later, he was arrested for marijuana possession and sentenced to more than two years in prison.

During his stint, his relationship with Anfisa, who moved to the United States from Russia on a K-1 visa to marry Jorge, fell apart.

Though the two were doing “really well,” the Russian beauty went Instagram official with her then-boyfriend Leo Assaf on March 18.

“I think she was just jealous of the attention that I was getting,” Jorge told In Touch. “The news about my weight loss didn’t sit with her very well.”

Jorge was released in May 2020, after serving only one year and eight months. Three months later, he filed for divorce from Anfisa.

“Jorge and I talked about [breaking up] and mutually decided to part ways a few months ago and agreed to divorce once he’s released,” Anfisa told In Touch exclusively prior to her ex filing.

However, Jorge still has a happy ending! In June 2020, he and his girlfriend, Rhoda Blua, became Instagram official with a spicy PDA pic shared on Instagram, and in April 2021, the pair welcomed their first baby, Zara.

“There’s no love that can match what I have for my family,” the new dad gushed in a birth announcement via Instagram on April 7. “I love them more than anything in this world.”

In March 2022, the former reality TV personality became a dad of two and welcomed his second child, a son named George.

“[She gave] me the most amazing children and [is] so loving and compassionate,” the TLC alum gushed about Rhonda to Us Weekly in a statement at the time. “I love every inch of her and I can’t wait to raise our family together.” 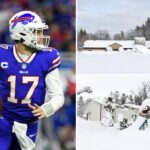 Buffalo snowfall at Bills stadium as tall as Josh Allen 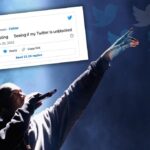 Kanye West has returned to Twitter after anti-Semitic rant