He’s staying busy! David Toborowsky has gone from a reality star to a cooking partner for his wife Annie to a star of his own spinoff.

In January 2022, the couple shared that they had an incredible project to share with fans called Cooking With DNA.

“When we started this journey, we never expected any of this to happen,” the pair previously told In Touch in October 2021. “We are so humbled by all the fans who have supported us throughout this crazy journey and want to see our lives.”

In addition to Cooking With DNA, David and Annie have kept busy by starring on the 90 Day Fiancé spinoff David & Annie: After the 90 Days. The first season, which premiered in January 2022, focused on the pair’s journey to Thailand to bring Annie’s brother and cousin to the U.S. Season 1 was a hit, which led to a season 2 renewal that began airing in December 2022.

According to his LinkedIn profile, the reality star currently works as a Health Policy Advisor at Commonwealth of Kentucky.

David previously opened up about been enjoying his job teaching English in Louisville, Kentucky, at a local college and gave update about his gig on season 3 of the spinoff, 90 Day Fiancé: What Now?

“Annie and I met through a mutual friend in Thailand. She was just so sweet and she made me feel so young,” David revealed in January 2019. “After I proposed to Annie, we filed for the K1 visa so that we could get married in the USA, but first I had to pay a dowry to her parents,” David explained, noting how the total sum was between $23,000 to $25,000. “Coming back to the US, it’s been pretty tough,” he said.

“I am now working as a teacher at a university, teaching English as a second language. It’s kind of exciting, because my wife is one of my students,” David revealed during one scene.

As for Annie, she revealed at the time that she already learned so much from her husband. “David has been a good teacher,” she gushed. “This class has helped a lot with my English,” adding that she was “so proud” of David.

Annie and David have come a long way since meeting at a karaoke bar in Thailand. They have been married since November 2017, and in 2022, celebrated their five-year wedding anniversary.

“I am so blessed that I have been able to wake up next to the most amazing wife in the world today we celebrate our 5th Anniversary and I pray for another 100 years together as she is my Queen My Best Friend and Soul Mate,” David wrote via Instagram on their fifth anniversary. “Happy Anniversary @annie_suwan_toborowsky.” 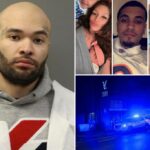 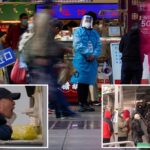