During the Sunday, October 30, episode of 90 Day Fiancé: Happily Ever After?, the couple got into a heated argument when Angela, 56, took a trip to Nigeria to visit Michael, 32. While their fight turned physical after Angela insisted he take down his Instagram account, she revealed they made up with some intimate time.

“You know, I hate how me and Michael fight, but I do believe we had the best makeup sex there is,” the TV personality said in a confessional. “Michael came in my room last night, he told me he was going to take his Instagram down today, which gave me hope that he wasn’t frauding me and wasn’t being an opportunist and he does love me.”

Michael also shared insight into how they made up. “Last night, when she left me at the restaurant, I couldn’t let the night end like that,” he said. “Despite all the shouting, you know, yelling, I miss my wife so much. And guess who got lucky last night? Myself.”

Cameras then documented the couple discussing the sex they had the night before. “You did it back to back, that’s not pretty good, that’s kinda like amazing, and awesome,” Angela told Michael. “Then you bit me .. I don’t know, when you were being a beast.”

“You know these pop,” she added about her breasts. “These are fake, Michael.”

Michael, who has been vocal about his concerns regarding Angela’s drastic weight loss, complimented his wife’s body. While Angela has complained Michael hasn’t been supportive of her weight loss in the past, she seemed happy with his comments.

“We have more positions,” Angela responded. “Now, when he lays on top of me, he can look down and see the c–chie, OK, just tell it like it is. I guess it turns the man on.”

After sharing the happy moment, their conversation turned sour when Michael admitted he didn’t plan to take down his Instagram account. The Nigeria native said he wanted to have his own income and hoped to make money through Instagram, though Angela shut down the idea because he had cheated on her via social media in the past.

She became extremely angry again and walked out of the room, stating that she believed Michael only used her for sex following the initial fight. “Prostitutes get more respect than what Michael gave me,” she said. “I have put up with so much in the last four years that I am tired, emotionally drained.”

Michael later suggested they both take their social media accounts down, though Angela argued she shouldn’t have to because she never cheated on him.

“If I don’t put my foot down, I’m never gonna have any say in this marriage,” he told cameras about the argument. “But at the same time, I still love her, and I still want the marriage to work. I just want to voice out my opinion, but that might not be possible because I mean, Angela do whatever she wants to do.” 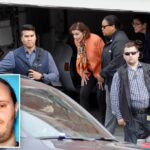 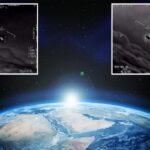