Gobble, gobble! Along with many other families in the United States, 90 Day Fiancé stars are gearing up to celebrate Thanksgiving 2022 on Thursday, November 24. In Touch exclusively chatted with fan favorites like Tiffany Franco, Thais Ramone and Patrick Mendes, Veronica Rodriguez and more stars, and they dished about their plans to gather around the table to enjoy food, drinks and quality time with their friends and family on Turkey Day 2022.

As TLC fans know, the show’s premise follows couples made up of one American and one foreigner who fall in love and are in long-distance relationships. The couple is usually engaged and have applied for the K-1 visa, which allows the spouse of a United States citizen to legally enter the country under the condition that the couple gets married within 90 days of the foreigner’s arrival.

Since the foreigners on the show leave everything behind in their home countries to be with the ones they love in the U.S., this will mark the first time they are celebrating Thanksgiving since it is primarily a North American holiday. Countries like Canada, Germany, and Grenada do celebrate a version of Thanksgiving, but North Americans celebrate every fourth Thursday in November which commemorates the 1621 harvest feast shared by the Pilgrims in Plymouth, Massachusetts and the Wampanoag Native American tribe.

TLC’s hit franchise is known for its ethnically diverse cast and has features stars from several countries like Brazil, Ukraine, Philippines, Colombia, England, Nigeria, Ecuador, South Africa and more. Howard Lee, the president and general manager of TLC, launched the franchise in 2014 and he previously revealed that he thinks the show’s diversity is what sets it apart from other reality TV shows.

“I don’t think viewers have ever seen this vast array of cultures intersect with Americans before,” Lee told The Hollywood Reporter in November 2019. “There is somebody from every country who’s been on this series. I’m proud of all the diversity on this series and on the network.”

Keep scrolling below to find out how your favorite 90 Day Fiancé stars are celebrating Thanksgiving 2022! 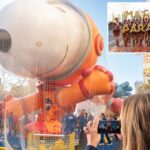 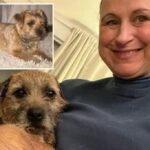