While not all 90 Day Fiancé stars may be home for the holidays, that doesn’t stop them from celebrating any less!

With the growth of families comes new traditions and beloved 90 Day Fiancé alums David Toborowsky and Annie Toborowsky are starting their own this year as they celebrate for the first time in their new Arizona home.

In Touch previously confirmed in May 2022 that the TLC alums purchased a $550,000, townhome in Fountain Hills. The season 5 couple indulged in the holiday festivities when it came to their new space and splurged on colorfully ornamented garland that they draped down the home’s long staircase. The 90 Day Fiancé: Happily Ever After? alums also showed off their snow-flocked tree, carefully topping it off with a red bow.

“First Christmas tree in our new home,” the Thailand native shared in a December 2022 post.

Also spending the holidays as first-time homeowners are season 8 stars Brandon Gibbs and Julia Trubkina. Brandon and Julia’s living situation was a major point of contention between the couple and Brandon’s parents while on the long-running series. After moving into their own apartment, the couple took it one step further after announcing they purchased their own home in November 2022.

“Home sweet home. Well one of the news, we bought our first home,” the couple shared in a statement via Instagram. “This is a new stage in our life, interesting and unknown to us.”

However, the past conflict doesn’t stop the couple from getting together with Brandon’s parents as they are only a short two-hour drive away. While decorating the Christmas tree with Brandon’s mom, Betty Gibbs, Julia made a festive-themed Instagram Reel as she joked about forgetting words in the English language.

“Sweetheart! Bring me another garland please,” Betty is seen asking her daughter-in-law in the video clip.

Syncing the clip to the popular voiceover Labrinth’s “Still Don’t Know My Name,” Julia captioned the post, “Does it happen to you when you forget names? I constantly.”

2021 was Julia’s second Christmas in the states and she gushed to In Touch that she planned to spend it with Brandon and her dog Simba.

“We are planning to celebrate Christmas with Brandon and Simba in our apartment,” the Russia native explained last December. “Then we will go to the parents’ farm for lunch as we will solve important issues and discuss plans for the near future. For the New Year, we want to go together to New York since my favorite New Year movie is Home Alone. and I would like to visit New York for the New Year on December 31.” 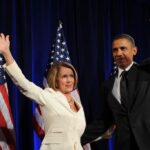 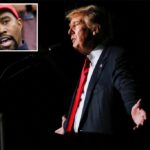 Voters have lowest opinion of Trump since 2015: poll