Are they still together? 90 Day Fiancé couple Paul Staehle and Karine Staehle (née Martins) have had countless ups and downs throughout their tumultuous relationship ever since they made their debut on season 1 of 90 Day Fiancé: Before the 90 Days, but they always seemed to be able to work through their issues. They made their departure from the TLC franchise in 2020 and have faced several struggles since then. But are they still together? Keep scrolling for an update on their relationship status.

What Issues Have 90 Day Fiance’s Paul Staehle and Karine Staehle Had In Their Marriage?

Paul and Karine faced many obstacles from the start, which included long-distance (Karine is originally from Manaus, Brazil and Paul is from Louisville, Kentucky) and a language barrier (Karine only spoke Portuguese when they met while Paul only spoke English). Paul also asked Karine to take an STD test and a pregnancy test before they got intimate with each other, which upset and offended the Brazilian beauty. But she eventually agreed and they moved past it.

Then there was the issue of Paul hiding a big secret from his online love about his past. He eventually came clean to her about his criminal record, and while it caused a little bit of tension at first, Karine was still able to accept Paul and his history.

At the season 1 tell-all, Paul revealed he would be relocating to Brazil to be with Karine because she didn’t want to leave her family. They returned for season 2 of the TLC spinoff, where they documented the process leading up to their wedding day. It didn’t seem very likely they would make it down the aisle — especially because Paul had accused Karine of cheating on him with other American men, which Karine denied. Despite all of the obstacles between them, Paul and Karine ultimately did tie the knot and fans got to see their wedding on the show, which took place on November 3, 2017.

But it wasn’t all wedded bliss for the couple after that. Following their wedding, the pair suffered two miscarriages before conceiving their rainbow baby, son Pierre. Karine announced her pregnancy on the season 2 tell-all. Going through those hardships and welcoming their first child together only strengthened Paul and Karine’s bond.

“I’m very happy, very excited,” Paul told Us Weekly shortly after the birth of their son in March 2019. “I’m also very nervous and want to do everything the best that I can and do everything right. Everyone keeps asking how it feels to be a dad. Anyone can make a baby, but going through the day-to-day process of being a father is going to be a new experience.”

“I’m very honored and very privileged and I want to make sure I do my absolute best for Pierre,” the doting daddy added.

In November 2019, Paul shared a sweet tribute to Karine on their two-year wedding anniversary and acknowledged their relationship issues. “Happy two-year anniversary @staehlekarine and our never-ending rollercoaster of a journey,” he captioned a set of photos from their nuptials.

When Did 90 Day Fiance’s Paul Staehle and Karine Staehle Split?

Unfortunately, the couple went through more marital woes just one week later. After Paul claimed Karine filed for divorce in Brazil, she confirmed their split in a statement to Us Weekly.

That December, Paul took to Instagram Live to allege Karine left with Pierre to spend the holidays with another man, local musician Blake Sakal. She denied his claims via her Instagram Story, claiming she did “not run away with another man.”

In June, the couple returned to reality TV on season 5 of 90 Day Fiancé: Happily Ever After? , which documented their move from Brazil to the United States. Karine did not want to live in America, but she agreed after Paul convinced her it would be best for their family because he struggled to find work in Brazil because of the language barrier. Paul continued to struggle with unemployment after they moved, which he blamed on his criminal record, and the couple’s main source of tension on the show stemmed from Paul’s inability to provide financially for his family. Karine threatened to return to Brazil several times if Paul couldn’t offer her and Pierre a stable life in Louisville.

But there was also drama brewing between the couple offscreen. On July 30, 2020, Paul streamed a police visit to their marital home after Karine called the cops following a dispute between them in a since-deleted Instagram Live. Paul claimed the fight started after he looked over at his wife’s phone and saw she had been communicating with a Brazilian lawyer inquiring about “child support and divorce.” The couple continued to fight throughout the day, which led to the cops being called a second time.

After that, Karine left their marital home and filed a restraining order against her husband. Even though Paul claimed Karine had gone “missing” after she moved out of the house, she denied it in a statement on August 2, 2020.

“I want you all to know that me and Pierre are doing well now. All this past days [sic] I had a lot going on,” Karine wrote via Instagram Story. “As the media showed, I had issues where the police was called because I feared for my life and my son’s life which led me to ask for help and ultimately be rescued from an environment that no longer was healthy for none of us involved in the situation.”

She continued, “I’m getting the best help I could ever get and I’m really thankful for all the people involved in it. I also think all the people that worry about me for the support I have had. It have [sic] been a big part of my recovery. Relationships are hard and sometimes it just can’t be fixed anymore. I need this time to organize my thoughts, work on myself and care for my son after everything we have been through in the last year and a half.”

The couple was due in court on August 11 for a hearing regarding the restraining order. While neither Paul nor Karine at the time, they shared cryptic posts hinting that their marriage was over. Shortly after their court hearing, Paul shared a message via Instagram Story confirmed he “regrets” not “keeping [their] marital problems private.” Hinting at their estrangement, Paul added, “I never want to date or remarry to ever feel this pain again.”

Amid their problems, the pair continued to work on their marriage and welcomed their second child, son Ethan, in February 2021.

In December 2021, the couple made headlines when a video surfaced online that appeared to document an alleged domestic violence altercation between them at their home in Kentucky. In the 10-second clip viewed by In Touch, Karine appeared to grab Paul by the hair and grabbed him around his neck before slamming him against the couch. Their eldest son, Pierre, was nearby in the living room during the altercation.

Karine did not immediately respond to In Touch’s request for comment at the time, though she appeared to address the domestic violence allegations via a cryptic Instagram statement.

“Do you know when you’ve tried everything? And when I say everything, it’s everything you can imagine and then some,” she wrote on December 17, according to a screenshot obtained by blogger John Yates. “The night before I spent awake and reflecting on everything I’ve been through and many things, it was for the love of my children and it will always be for them and that will never change. I woke up determined, asked for a divorce, that’s right, divorce. [Now] what will happen to me, I don’t know but God knows. At the moment, I just want the lap of my family and especially my mother, to go back to my house and start my life over…”

She continued, “I’ll be back another day to talk to you… From now on I’m going to vent and say everything, all the commas and drops in the i [sic]. Thank you in advance for your support…”

Shortly after the footage was released, Paul and Karine seemingly confirmed that they had split for good by removing photos of each other on Instagram.

Do Paul Staehle and Karine Staehle Have Custody of Their Kids?

On June 8, 2022, the Louisville Metro Police Department confirmed to In Touch that the former couple’s eldest son, Pierre, was reported missing. The National Center for Missing and Exploited Children put out an alert, mentioning that Pierre may be in the company of his father.

Following the alarming post, Paul shared a cryptic message on his Instagram Story stating that “grandparents or [a] relative should be allowed to have temporary custody.” The former reality star added, “To ban the grandparents from the children, as well as the natural parents is very sad.”

90 Day Fiancé blogger John Yates claimed he spoke with Paul and revealed that Paul had previously won full custody of both kids in December 2021.

“Karine called into the courts that Paul was trying to murder her,” John alleged about Paul’s version of events. “When that happened, the judge got pissed off and took the kids away from both Paul and Karine and even Paul’s mom.”

Shortly after Paul’s social media statement, the Kentucky native denied kidnapping his son and called the whole ordeal a “misunderstanding” in July 2022.

The Louisville Metro Police Department confirmed to In Touch that Pierre was “located and safe” on July 5. The toddler was later placed in the custody of CPS, In Touch was confirmed. Pierre and Ethan were both placed with a foster family. Following their latest court date, the kids were placed with Paul’s mom as he and Karine continue to fight for custody of their kids.

As the exes continue their custody battle for their sons, Paul seemingly defended Karine after she revealed she rarely gets to see her sons.

The father of two shared a lengthy message about his and Karine’s custody situation in September 2020, claiming the current agreement only allows his ex to see her kids for only one hour, one day a week.

“It is sad Karine has done everything CPS has asked her since December,” he wrote via his Instagram Stories. “Karine works hard at any job she can to earn money. She has lost any government help from food stamps or medical … I have seen other judges allow a mother an opportunity to get their children’s custody back. Our children miss their parents. The termination of our parental and custodial rights without a fair opportunity at reunification.” 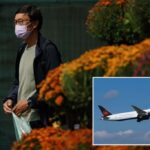 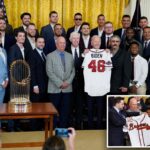