Doing her! 90 Day Fiancé star Liz Woods has been focused on her fitness and is now flaunting a major weight loss transformation.

The San Diego native made her TLC debut on season 1 of 90 Day: The Single Life alongside her on-off boyfriend, Ed “Big Ed” Brown. After getting engaged during season 2, the TLC couple went on to continue their rocky love story on the spinoff, 90 Day Fiancé: Happily Ever After.

After one of Ed and Liz’s many splits, the mom of one revealed that she got into dance classes as a healthy way to deal with the stress. Following the 90 Day: The Single Life couple’s reconciliation, Liz revealed Ed supported her working out as he wasn’t shy to remind her that she gained a few pounds since they got back together.

Despite Ed not explicitly telling her to lose weight, Liz explained that Ed often showed her past photos of herself, asking her if she would consider “being back to that size.”

“And it’s kind of insulting. I don’t feel pretty and that’s why I kinda started dance classes, like when we broke up before,” she shared during a September 2022 episode. “I would hope that Ed would love me no matter what. I’ve loved him at his heaviest and his smallest since I’ve been with him. Never thought I’d feel so insecure about myself.”

Apart from dance classes, Liz is also an avid runner as she often competes in marathons.

As for Big Ed and Liz’s relationship, fans watched as the couple dramatically called it quits on stage during part 2 of the dramatic season 7 90 Day Fiancé: Happily Ever After? tell-all. However, it seems the split didn’t last long as Big Ed and Liz are still going strong in their relationship.

“Rascal Flats [SIC] said ‘Life is a Highway,’ but it’s been more like a roller coaster,” Big Ed shared alongside a compilation of romantic pictures with Liz in December 2022. “The thing about roller coasters is though … is that they are fun as s—t.”

Scroll through the gallery below to see photos of Liz Wood’s weight loss journey. 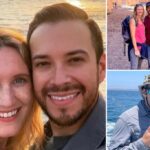 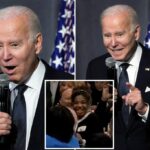