90 Day Fiancé star Liz Woods met Ed “Big Ed” Brown while working at a local restaurant in sunny San Diego, California, on the spinoff 90 Day: The Single Life. Following her romance with the TLC alum, she seemingly took some time off work to devote more time to her new fling, and the pair documented their roller-coaster romance on 90 Day Fiancé: Happily Ever After?. Keep reading to find out everything we know about Liz’s net worth, how she makes money and more!

What Is ‘90 Day Fiance’ Star Liz Woods’ Net Worth?

Liz’s estimated net worth has not been reported.

Apart from her job at the Encontro North Park restaurant in Southern California, Liz also receives a paycheck from appearing on the 90 Day Fiancé franchise. While it is unclear as to how much money she brings home from the long-running series, it has been estimated that Ed takes home at least $1,000 per episode and makes additional income from appearing on the tell-all specials.

While TLC viewers met Liz on the job, she took time away from the restaurant to spend more time with her new love interest. However, after burning through her savings, she decided to return to the restaurant where she had previously been employed for three years.

Liz detailed that she was eventually spending “too much time” with Ed and agreed that space from her fiancé would be “healthy.”

“I’m just being a homebody and I am kind of losing my identity,” the mom of one confided in her friends during a December 2022 episode. “And I really want to be financially stable again, so I’m going back to work.”

Big Ed and Liz Plan to Buy a Home Together

After Liz announced her plans to return to the restaurant industry, Big Ed and Liz revealed that they were also in talks about purchasing their first home together.

“You know, we’re flushing all our money down the drain with rent,” Ed explained in another scene. “Let’s be partners, let’s buy a house together.”

After attending an open house in San Diego, Liz asked Ed if he would consider moving somewhere else for a “fresh start.”

“I just feel like there’s just not the best energy,” Liz told producers of her reasoning. “I just don’t think San Diego is healthy anymore.”

While Ed had lived in the seaside city for decades and had never previously considered leaving, he’s open to the change to prove his commitment.

“If that means I have to uproot myself after 40 years and move to another city, I will,” he explained in a private confessional. “I don’t see myself being with somebody other than Liz.” 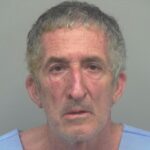 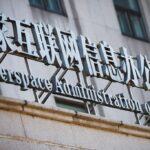 China’s rules for ‘deepfakes’ to take effect from Jan. 10