Angela and Michael had one of the most explosive seasons yet. They documented Angela’s 2022 trip to Nigeria to confront her husband about reactivating his social media account after she asked him to deactivate it following his first cheating scandal on their TLC debut, 90 Day Fiancé: Before the 90 Days season 2. Michael insisted that he only wanted to use his Instagram to make money as an influencer but Angela refused and seemed perfectly happy to support both of them financially on her income.

After several blowout fights, Michael agreed to take the Instagram down. But they faced another scandal after Angela admitted to having a crush on her friend, a man named Billy from Canada. Angela insisted that nothing happened between her and Billy and he confirmed he didn’t have feelings for her during a video chat. They were on good terms when Angela returned to the United States, but on the season finale, she learned that Michael had been cheating on her with a 31-year-old woman he met on Instagram.

Meanwhile, Jenny and Sumit still struggled to get the seal of approval from his family but seemed as united as ever. Big Ed and Liz had a huge fight after their engagement party but seemed to end their season on a good note. Yara and Jovi struggled to see eye to eye on her desire to have an extended stay in Europe with her family and friends amid the Russian invasion of her native Ukraine. Bilal and Shaeeda has several tense moments as they disagreed on when to start trying for baby No. 1 and Libby and Andrei clashed with her family once again as Andrei suspected someone in Libby’s family called immigration and is the reason he could be facing deportation.

As for SojaBoy and Kim, they had many ups and downs throughout their season. After facing off over SojaBoy’s wish to take a second wife and finally convincing SojaBoy’s family to give them their blessing to get engaged and marry, Kim proposed to SojaBoy and he followed up with a proposal of his own. Kim also introduced her son, Jamal Menzies, to the “Zara” rapper. Their engagement bliss was short-lived after they started wedding planning and preparing to file for the K-1 visa so SojaBoy could move to the United States to be with Kim.

An immigration lawyer informed Kim and SojaBoy that their K-1 visa would be in jeopardy if SojaBoy marries a second wife in Nigeria with his first legal wife in the United States as bigamy is illegal in America. SojaBoy then came up with an idea: instead of taking a second wife so that he could have biological children, he decided that it would be better if he and Kim legally adopt his nephew. That way, SojaBoy will fulfill his family’s wish of having a child and he wouldn’t have to marry another woman.

It seems the pressure of their impending wedding, immigration journey and adoption process got the best of them. Kim and SojaBoy got into a blowout fight on the season finale where they went back and forth about who has sacrificed more in their relationship and who has done the most for the other. Their fight ended with SojaBoy ending their engagement and breaking up with her and Kim broke down in tears in the hallway of their hotel as she prepared to go back to America. But does that mean they’re split for good?

Keep scrolling below to see which couples from 90 Day Fiancé: Happily Ever After? season 7 are still together! 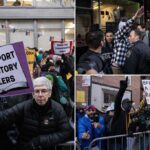 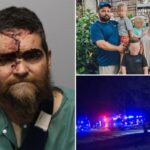