Girl boss! 90 Day Fiancé star Elizabeth Potthast might be best known for her role as a reality TV star, though she has earned an impressive amount of money off screen. Keep scrolling to find out her net worth, how she makes a living and more.

What Is Elizabeth Potthast’s Net Worth?

Elizabeth has an approximate net worth of $1 million, according to Screen Rant.

How Does Elizabeth Potthast Make Money?

After making her 90 Day Fiancé debut alongside her husband, Andrei Castravet, in season 5, fans have continued to watch their professional endeavors play out on 90 Day Fiancé: Happily Ever After?.

Viewers watched Andrei ask Elizabeth’s father, Charles “Chuck” Potthast, for a $100,000 loan to start his very own real estate business. Due to his complicated relationship with the then-unemployed Andrei, Chuck had his reservations and admitted he was taken aback by the “audacity” of his son-in-law’s request. Instead, Chuck offered Andrei the opportunity to work alongside him in real estate.

In April 2021, In Touch exclusively reported that Elizabeth and Andrei launched their company, Castravet, INC. Andrei is listed as the president, while Elizabeth serves as the vice president. The status of their business is active as of February 2021. The business is currently in operation as of publication, according to the Florida Department of State Division of Corporations.

Castravet, INC. is not the first time Elizabeth and Andrei had gone into business together. In Touch previously confirmed that the pair launched their first company, Castravet Properties, LLC, in June 2019. However, the company has been listed as inactive since February 2021.

How Else Does Elizabeth Potthast Make Money?

In addition to serving as the vice president of Castravet, INC., the TLC star works as a social media influencer. She has partnered with brands including Viori, Every Plate and Modern Fertility to share sponsored posts with her 841,000 Instagram followers.

Elizabeth is also the creator and developer of Ellie’s World, a YouTube channel that keeps fans up to date about what her eldest daughter, Ellie, is up to. The page is full of fun videos that document Elizabeth, Andrei and Ellie participating in family activities that include singing nursery rhymes, taking trips to the candy store and baking. As of December 2022, the channel has just over 4,000 subscribers.

Ellie became a big sister when Elizabeth gave birth to baby No. 2, a son named Winston Leo, in October 2022.

How Much Money Does Elizabeth Potthast Make on ‘90 Day Fiance’?

Elizabeth’s salary for appearing on 90 Day Fiancé has not been confirmed, though cast members tend to earn between $1,000 and $1,500 per episode. 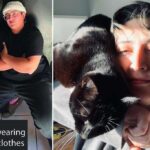 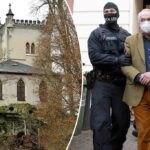