90 Day Fiancé star Deavan Clegg has moved on following her dramatic split from ex-husband, Jihoon Lee, and has found happiness with her new fiancé, Christopher “Topher” Park. Keep reading to find out everything we know about Deavan’s new relationship!

According to his IMDb page, Topher studied theater at the University of California, Riverside and graduated in 2015. He went on to land his first onscreen role in the 2014 short Sadie Hawkins. Since then, he’s done voice work for the video game James Bond: World of Espionage and can be found playing Creepypasta in the 2017 series Tales of Titans.

When Did Deavan Clegg and Topher Park Meet?

Deavan and Topher revealed they met on a plane as they were both going to South Korea for the first time. While she was in a relationship with Jihoon at the time, it wasn’t until they later connected on social media that they began their relationship.

The 90 Day Fiancé: The Other Way personality first sparked relationship rumors with Topher in August 2020 when she featured a mystery man on her Instagram Story, only a day after Jihoon confirmed their split via an Instagram Live session with fans.

Deavan shared their first photo together on her Instagram Story that month, though Topher’s face was cropped out of the frame, and she quickly deleted the shot. The picture followed The Dipp’s report that the mom of two was seeing someone new after her split. The Agent C Show, a YouTube Channel that discusses 90 Day Fiancé, first revealed the actor’s identity in their Fraudcast series.

When Did Jihoon Lee and Deavan Clegg Get Divorced?

Deavan revealed her divorce from Jihoon had been finalized in May 2022.

“After an almost two year battle. I am officially DIVORCED. I couldn’t be happier,” the Utah native confirmed via Instagram on May 23. “This journey was very difficult and draining.”

Deavan was also awarded full sole and physical custody of their son, Taeyang.

Do Deavan Clegg and Topher Park Have Kids?

Deavan is a mother to Taeyang and her daughter, Drascilla, from a previous relationship.

The same month her divorce was finalized, Deavan and Topher revealed they were set to welcome their rainbow baby — a term for children who are born following a miscarriage — nearly one year after the former TLC star and actor suffered a pregnancy loss.

“We are happy to announce baby Park will be arriving Fall 2022 [baby emoji],” Deavan wrote via Instagram on May 7. She concluded her pregnancy announcement with the hashtags, “#baby #babyannouncement #rainbowbaby #90dayfiancetheotherway #90dayfiance.” 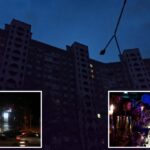 Kyiv in the dark after 3rd week of Russian air strikes 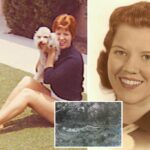 ‘Lady of the Dunes’ identified after nearly five decades: FBI