90 Day Fiancé star David Toborowsky has come a long way! Prior to meeting Annie Toborowsky (née Suwan) in Thailand, he had divorced his wife of 21 years, lost his job, home and suffered a stroke. Following his time in the franchise, his luck has changed and the dad of two makes a good income outside of filming reality TV. Keep reading to find out everything we know about David’s net worth, how he makes money and more!

What Is ‘90 Day Fiance’ Star David Toborowsky’s Net Worth?

David’s net worth is estimated between $2.5-1.5 million, according to multiple sources.

“I am working as a teacher at a university,” the reality TV personality updated fans in an April 2019 episode of 90 Day: What Now. “Teaching English as a second language, and it’s kind of exciting because my wife is one of my students.”

Apart from teaching, in November 2021, David also teamed up with his wife to launch Cooking with DNA, a service where the couple offers both in-person and virtual cooking classes. Enticing interest by cooking up delicious Thai dishes, the couple enjoys connecting with viewers with food.

“When we started this journey, we never expected any of this to happen,” the couple previously told In Touch of their passion project in October 2021. “We are so humbled by all the fans who have supported us throughout this crazy journey and want to see our lives.”

Fans can also purchase the couple’s gourmet cooking oils, which they believe “infuses the flavors of Thai cuisine.”

David also makes a profit from making personalized fan videos on Cameo. Making the clips alongside Annie, the couple charges $37 per shout-out.

The TV personality also receives a paycheck for his appearances on the 90 Day Fiancé franchise and the couple’s self-titled spinoff, David & Annie: After the 90 Days. It is reported the cast’s compensation work on a sliding scale.

While David is making a good income now, he was in a tough spot financially after losing his job prior to meeting Annie. After pushing the restart button on life and going through a major weight transformation, he traveled overseas to have “some fun in Thailand.” The Kentucky native met the Thailand native in a local karaoke bar and “after dating for a week or two,” he proposed.

David and Annie’s start in the United States was tough as the new couple began their lives together in a cramped manager’s apartment at a storage facility.

David Toborowsky Is a Homeowner

In Touch previously confirmed in May 2022 that the TLC alums are now owners of a townhome in Fountain Hills, Arizona.

The four-bedroom, two-and-a-half-bath property was purchased for $550,000.

What Is David and Annie’s ‘90 Day Fiance’ Spinoff?

David and Annie returned to screens in their own spin-off, David & Annie: After the 90 Days in January 2022. The series documented the couple as they returned to Thailand in hopes to get visas for Annie’s brother, Jordan, and cousin, Amber, to go to school in America. While during the February 2022 season finale they learned the teenagers’ visas were denied, they vowed to keep trying for the next school year.

In December 2022, the beloved 90 Day Fiancé couple returned for season 2 in another attempt to get visas for her family members. While the couple was seemingly getting ready to host two teenagers, David and Annie sparked baby speculation when a teaser showed the Thailand native consulting with a doctor after revealing she hadn’t gotten her period for more than three months. 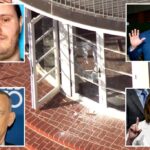 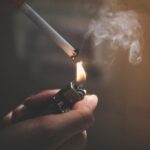