Nearly every cast member from TLC‘s 90 Day Fiancé franchise confesses a “big secret” they’re hiding from their significant other during their seasons. Most times that “secret” includes a criminal past or a criminal record that can make or break their relationship. Other times, stars have run-ins with the law after or while their season airs.

90 Day Fiancé: Before the 90 Days star Geoffrey Paschel experienced both. Not only was he hiding a criminal history from his foreign girlfriend Varya Malina, but he also made headlines before season 4 premiered because of an ongoing criminal case.

Paschel’s legal issues put a halt to the way his story was told on the show. Due to the criminal case, Pashel was prevented from participating in the 90 Day Fiancé: Before the 90 Days season 4 tell-all.

Paschel confirmed the pending status of his legal issues kept him off of the reunion special during an Instagram Live with his rep, Rocco Straz, in June. “I’m not sad that I wasn’t on it,” Paschel said. “The mentality of keeping me off the tell-all because somebody said something is the most absurd thing I’ve ever heard in my life. I want my court case to be over with, and as soon as my court case is over with, then my life will proceed. My life is going fine now, don’t think that I’m holding back on anything. But it’s the ‘he said, she said crap.’ But I’m prepared. I did my homework, and I’m — I was the one who was there, you know.”

While Paschel wasn’t asked to join the tell-all, which was filmed remotely via Zoom due to the coronavirus pandemic — his love interests on the show, Malina and Mary Wallace, had a choice as to whether they wanted to film or not. They both decided they did not want to participate if Paschel could not.

This left their story line — arguably one of the most drama-filled on season 4 — in limbo. Throughout the season, Paschel became involved in a love triangle with his Russian long-distance love and Wallace, an old friend from his hometown in Tennessee.

Paschel maintained his innocence in the months leading up to his October 2021 trial, where he was found guilty of aggravated kidnapping, domestic violence and interference with an emergency call.

Following his sentencing, Malina hasn’t been shy about showing her support for Pashel and their decision to continue their relationship. In May 2022, she addressed the haters who criticize her for standing by his side.

“POV: when somebody asks me how much money I’ve spent on phone calls and visits with Geoffrey,” Malina captioned an Instagram Reel, which was synched to the audio of someone asking, “Have you lost your mind?”

In the next clip, the Russia native looked and smiled into the camera as she lip-synced the lyric, “Yes, I’ve lost my mind” from t.A.T.u.’s 2002 hit song, “All the Things She Said.”

Scroll through the gallery below for details on Paschel and other 90 Day Fiancé stars’ criminal pasts. This is an ongoing story that will be updated with any new developments. 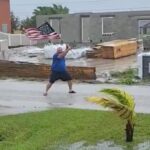 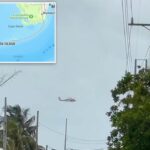