The 89-year-old Republican lawmaker did not disclose how he became injured 10 days into his new Congressional term. In a statement, he announced his surgery is scheduled for this week.

“He is otherwise in good spirits and is expected to make a full recovery,” his office said.

Grassley had a busy day visiting constituents across the state just one day before his hip injury.

The senator met with local and state police Monday for National Law Enforcement Appreciation Day before speaking to students at the Dallas Center-Grimes High School.

Grassley also swore in his grandson, Pat Grassley, as Speaker of the Iowa House Monday.

Despite his age, Grassley, the oldest GOP senator, is known to keep in shape. He has said he runs two miles most days and typically arrives to his Senate office by 6 a.m.

“Join me in praying for a speedy recovery for @ChuckGrassley. I know he’ll be back on his 4am running routine in no time!” Iowa Senator Joni K. Ernst tweeted Tuesday.

“I’m praying for a full and speedy recovery for Senator Chuck Grassley. I know he’ll be back to his morning runs in no time,” Iowa Rep. Ashley Hinson said.

Grassley kicked off his eighth term as senator last week after beating out retired Navy admiral Michael Franken, a Democrat. 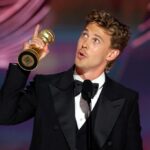 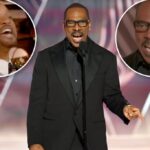