An 8-year-old Indian boy gave a snake a taste of its own medicine.

The youngster, identified only as Deepak, killed a cobra by biting the snake twice as it launched its own attack on the boy in the remote Pandarpadh village in Jashpur district, about 215 miles northeast of the city of Raipur, the New Indian Express reported.

Deepak had been playing in the backyard of his house Monday when the venomous snake sprung upon him.

“The snake got wrapped around my hand and bit me. I was in great pain,” Deepak said, according to the report.

“As the reptile didn’t budge when I tried to shake it off, I bit it hard twice. It all happened in a flash.”

Deepak was rushed to a health center, where he was given anti-snake venom.

Luckily, he didn’t need it. The snake didn’t release any poison as he latched down on the boy, a phenomenon known as a dry bite.

“Deepak didn’t show any symptoms and recovered fast owing to the dry bite when the poisonous snake strikes but no venom is released,” snake expert Qaiser Hussain told the outlet.

“Such snakebites are painful and may show only local symptoms around the area of bite.”

Deadly snake encounters are common in the country.

An estimated 100,000 people die of snakebites per year in India, according to the Indian Council of Medical Research. The tally accounts for half of the world’s snakebite fatalities. 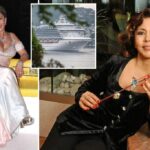 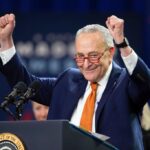