A 77-year-old man was rescued after spending two days in his pickup truck stuck in a snowbank along a remote Oregon forest road this week.

The man was driving in the southern Oregon Cascades about 10 miles from the town of Prospect when he attempted to turn around in a large snowbank, according to the Jefferson County Sheriff’s Office. Instead, his truck became stuck, and hours stranded in the snow soon became days.

He was reported missing early Thursday morning, and rescue crews sent a Snowcat into the woods just before 2 a.m. looking to find him. He was located about six hours later still in his truck “in good spirits with a mild case of hypothermia,” the sheriff’s office said.

He told rescuers he spent two nights in the truck without a functioning heater.

Another family stuck in snow in Oregon Cascades rescued

It was at least the second rescue in the Cascades this week from someone stuck in the snow.

On Sunday, a family of five became stuck in several feet of snow along a forest service road in Oregon’s Marion County while searching for a Christmas tree, according to the county sheriff’s office.

Search and rescue crews freed the family and brought them safely down the mountain. 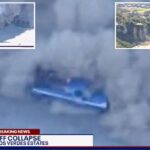 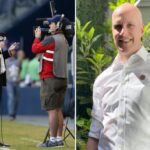 Who was sports journalist who died covering Qatar World Cup?