A new poll shows the vast majority of Americans want their president to be under the age of 65 — seemingly precluding 76-year-old former President Donald Trump and 80-year-old President Biden from successful White House runs in 2024.

The Suffolk University/USA Today survey found 50% of registered voters say their “ideal president” would be between 51 and 65 years old. Another 25% liked their chief executive even younger, between the ages of 35 and 50.

Biden, already the oldest person to serve as president, has said he plans to run for a second term in 2024, but would make a final decision after the holidays.

If he is reelected, the president would be 82 on the day of his second inauguration in 2025. Should Biden complete another four years, he would be 86 when the time comes for him to leave office in 2029.

Meanwhile, Trump remains the only person to formally launch a 2024 presidential bid and is hoping to become just the second person to win non-consecutive terms in the White House.

When asked to choose in a hypothetical rematch of the 2020 election, voters went for Biden by seven percentage points (47% to 40%) while 5% said they would pick someone else, and 4% said they wouldn’t vote.

By contrast, the poll shows Florida Gov. Ron DeSantis leading Biden by four percentage points (47% to 43%) in a hypothetical 2024 contest.

Among Republicans and conservative independents, 65% wanted DeSantis to run in 2024, while the Florida governor holds a 23-percentage-point lead over Trump (56% to 33%) in a potential national GOP primary.

The survey also found a plurality of Americans prefer former governors to senators in the Oval Office, with 34% wanting experience running a state and 23% opting for experience on Capitol Hill. Another 20% said they wanted their president to have “no political experience” at all.

Voters were evenly split on whether they wanted the president to be a Democrat (30%), a Republican (28%) or independent (32%) and more than half (57%) preferred their leader “compromise in order to get things done” while just 34% wanted a president who would “stand on principle, no matter what.” 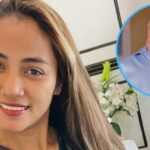 ‘90 Day Fiance’ Rose Vega Net Worth: How She Makes Money 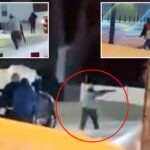