A strong majority of Americans say they do not think colleges should consider the race of applicants when deciding who to admit as students, according to a new poll.

The Washington Post-Schar School poll found that 63% of Americans responded “support” when asked if they would “support or oppose the Supreme Court banning colleges and universities from considering a student’s race and ethnicity when making decisions about student admissions?”

Majorities of white, Hispanic, and Asian/Pacific Islanders formed the basis of the majority, while 53% of Black Americans polled said they would oppose such a move by the court.

The poll, however showed that a similar majority Americans on the whole wanted universities to take steps to ensure campus diversity. In response to the question, In general, “do you think programs designed to increase the racial diversity of students on college campuses are a good thing or a bad thing?” 64% of Americans responded it was a “good thing.”

The Supreme Court will hear arguments later this month in a high stakes case brought against Harvard which could potentially end race-conscious admissions in the United States.

The seemingly contradictory results from the two questions suggested Americans were looking for a way to split the difference, said Justin Gest, an associate professor in the Schar School of Policy and Government at George Mason University.

“So the message to universities seems to be: Cultivate and champion diversity without discriminating by race and ethnicity,” Gest told the Washington Post. 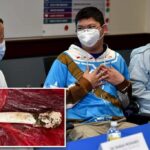 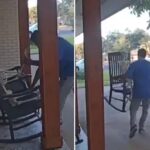