A power outage on a Florida amusement park ride left more than 62 parkgoers in the dark Saturday night.

The Wheel at ICON Park in Orlando lost power at around 6:20 p.m. as spectators saw fire shoot out from atop one of the “pods.”

Orange County Fire and Rescue sent ladders up the 400-foot ride to all 20 occupied pods nearly three hours after the reported outage.

No injuries were reported.

At 9:40 p.m., officials said they escorted 62 people to safety as the rescue efforts continued.

“As we rotate it down we have to manually rotate the door, so it takes about 10-15 minutes for each pod, for us to get it open, and to get the people out.” Division Chief Martis Mack said at the scene.

“We’ve trained hours and hours, on this type of rescue so we were ready for this.”

Fire officials issued a final update at 10:40 p.m., saying, “All rescue climbers on duty responded to the scene, with additional off-duty rescue climbers also responding to assist if needed.”

As of early Sunday morning ICON Park’s website said the ferris wheel was “closed for maintenance.”

ICON Park boasts about all the views riders can see from atop “The Wheel” all while inside their own air-conditioned, stability-controlled capsule.

The wheel opened in 2015 after 3 years of construction and is the main at the complex.

The attraction is located in the same park where 14-year-old Tyre Sampson plummeted 100 feet to his death from the now-defunct “Orlando Free Fall.” 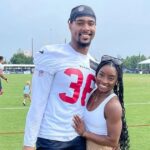 Celebrities Who Got Married in 2023: Weddings This Year 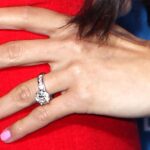