Six children — including a baby — were killed inside their burning Oklahoma home in an apparent murder-suicide, with two adults found dead at the scene now considered suspects, officials said.

The children, who ranged in age from 1 to 13, were the victims, Broken Arrow Police Chief Brandon Berryhill said during a news conference Friday. He did not provide their names and ages, or explain their relationships to one another except to say they were family members.

The causes of death are still under investigation, but Broken Arrow Fire Department Chief Jeremy Moore said it doesn’t appear that anyone died because of the fire.

Berryhill told reporters that guns were recovered from the scorched home located on the 400 block of South Hickory Avenue.

“To arrive on scene yesterday and to see the looks on our first responders’ and firefighters’ faces just absolutely broke my heart,” Moore said.

Sara Abel, a spokeswoman for the Bureau of Alcohol, Tobacco, Firearms and Explosives, said the agency is assisting local police in tracing guns found in the home, but she did not have any details about the type or number of firearms.

The house fire was reported at 4:05 p.m. Thursday in a quiet residential area of Broken Arrow, located 13 miles southeast of Tulsa.

Crews who responded found two adults dead in the front of the house with injuries that “appeared to be criminal in nature,” Moore said.

The six children were discovered dead in another part of the home, he said.

Police said both adults were considered “primary suspects” because they were found in the front of the home while the children were all found in a bedroom, where the fire was contained.

A police spokesman declined to say whether authorities believe the two adults were both responsible for the killings or whether it could be just one of them.

“It’s because investigators are still trying to piece together what happened with eight people dead,” police spokesman Ethan Hutchins said.

The incident is being investigated as a homicide — Broken Arrow’s first so far this year. 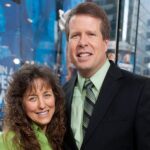 How Many Grandkids Do the Duggars Have? See Who’s Pregnant 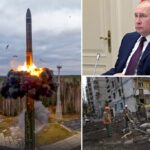 US accelerates plan to send upgraded nuclear weapons to Europe