Five US states will ask voters come November if they want to close loopholes in the law that allow for slavery.

Though the punishment has not been enforced since the Civil War, slavery as a criminal penalty remains legal in nearly 20 states.

It is the only exception to the 13th Amendment, which banned slavery or involuntary servitude.

Vermont, Tennessee, and Louisiana’s ballot initiatives look to ensure that the practice is “prohibited,” while Oregon’s also includes a measure to allow for alternatives to the punishment.

Alabama’s seeks to amend racist language in the state’s constitution. As part of the update, language that declares “that no form of slavery shall exist in this state; and there shall not be any involuntary servitude, otherwise than for the punishment of crime, of which the party shall have been duly convicted” will be taken out.

The initiatives come amid an ongoing push for further examination of the 13th Amendment, which some advocates say is exploited by prisons to justify captive labor.

Earlier this year, the ACLU released a study citing a Bureau of Justice Statistics survey in which more than 76% of inmates said they were required to work or face additional punishment.

“They have no right to choose what type of work they do and are subject to arbitrary, discriminatory, and punitive decisions by the prison administrators,” the ACLU reported.

Although none of the ballot initiatives up in November would outlaw prison work, activists are hopeful that change at the state level will promote a more widespread reckoning.

“If their populaces vote for this at the state level, then we have to believe that their congressional representatives will also have to support it as a federal measure,” Bianca Tylek told CNN. Tylek is the founder and executive director of Worth Rises, a non-profit aimed at dismantling the prison system.

Should any of the five states vote to outlaw slavery as criminal punishment, they would join Colorado, which became the first state to do so in 2018, as well as Nebraska and Utah. Meanwhile, federal lawmakers are calling for more sweeping reforms at the federal level.

“The loophole in our Constitution’s ban on slavery not only allowed slavery to continue, but launched an era of discrimination and mass incarceration that continues to this day,” Senator John Merkley (D-OR), who introduced an unsuccessful joint resolution to eliminate the punishment exception this session, told CNN.

“To live up to our nation’s promise of justice for all, we must eliminate the Slavery Clause from our Constitution.” 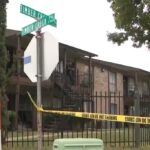 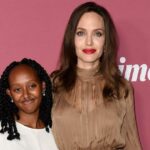