Winter Storm Elliott, which walloped most of the midwest and eastern US over the weekend, continued to wreak havoc Monday, with freezing temperatures and heavy snow resulting in more than 40 deaths and delaying air travel.

Cutting a wide swath from the Great Lakes to the Rio Grande along the Mexican border, the storm had killed at least 46 people as of Monday morning, NBC reported.

The brunt of the impact was felt in western New York, where Buffalo police confirmed 10 fatalities amid a “band of heavy snow.”

“Much of the eastern US will remain in a deep freeze through Monday before a moderating trend sets in on Tuesday,” the National Weather Service said in a bulletin early Monday morning.

In addition to the arctic blast, lake-effect snow caused by the cold air from Canada moving across the Great Lakes is expected to continue early this week, potentially snarling post-holiday travel plans.

More than 1,400 flights had been canceled early Monday, with at least 1,300 more delayed.

“The life-threatening cold temperatures and in combination with dangerous wind chills will create a potentially life-threatening hazard for travelers that become stranded, individuals that work outside, livestock and domestic pets,” the National Weather Service cautioned.

The Pacific Northwest and California are also bracing for extreme weather this week, as experts warn that a residual “potent blast of moisture” could bring flash floods to the region. 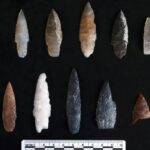 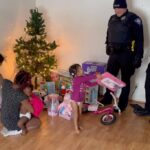 How the police saved Christmas for one Indiana family