Four students and a teacher suffered burns Wednesday after a fire broke out during a demonstration in a Virginia high school chemistry classroom, officials said.

The blaze was ignited at around 9:30 a.m. in the second-floor classroom at Dinwiddie High School, Dinwiddie County Public Schools officials said in a statement.

The fire alarm was pulled and all students were evacuated from the building, officials said.

A teacher was taken to a local hospital and three students were rushed to VCU Medical Center, including one who was transported by medical helicopter, officials said.

A fourth student was treated at the scene for a minor burn and released.

Senior Beth Piland told the station CBS6 that she was left “traumatized” after watching her classmates catch fire before her eyes.

Piland said her teacher was demonstrating chemical reactions when an explosion happened and sparked a fire that spread to the first and second rows of students in the classroom.

“I saw my friends start burning,” the teen recounted.

Piland said students’ faces and other body parts became engulfed in flames and they were screaming in pain as the teacher was trying to put out the flames.

Describing one of the victim’s injuries, Piland said: “His hair was crispy. His skin was peeling and his lip was busted.”

Other students at the school were also shaken by the incident.

“It could have been me or anybody,” senior Alanna Perkins told ABC8. “It’s really sad that it happened at a school where you think you are supposed to be safe at.”

The cause of the fire is under investigation, officials said.

Students were dismissed before noon Wednesday and remained home Thursday for remote learning, but in-person instruction at the school was expected to resume Friday. 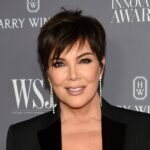