At least four people died — including a US citizen — and several others are still missing after a tourist boat sank near the Galapagos Islands over the weekend, Ecuadorian authorities said.

Authorities said they are investigating the sinking of the vessel, known as the Angy, that covered a route between Isabela Island and the town of Puerto Ayora.

Besides the American passenger, a Colombian citizen and two Ecuadorians perished when the boat went down Sunday, authorities said. The victims had not been identified as of Tuesday morning.

There were 37 people aboard the Angy, including citizens of Israel, Germany, Spain and Switzerland, reported the Times of Israel.

The local news channel Teleamazonas reported that the boat had run out of fuel and experienced mechanical problems.

Navy official Pablo Caicedo said at a press conference that the captain and the assistant of the boat were rescued but fled after reaching land.

Caicedo accused the captain and crew of calling in the emergency too late and wasting time by waiting for assistance from the boat’s owner.

The Santa Cruz port captain’s office said most of those aboard the boat had not been wearing lifejackets. The search for the bodies of the missing passengers is ongoing.

The most recent maritime accident in the area took place in May, when a diving boat caught fire and sank near Santiago Island. All 15 tourists and 10 crew members on board were rescued.

A month earlier, another ship sank in the port of Santa Cruz Island. There were no people aboard the vessel, but the sinking caused a spill of 2,000 gallons of fuel. 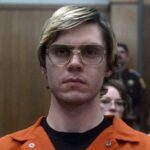 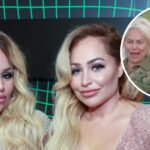 90 Day’s Darcey, Stacey Plastic Surgery: Before and After, Prices