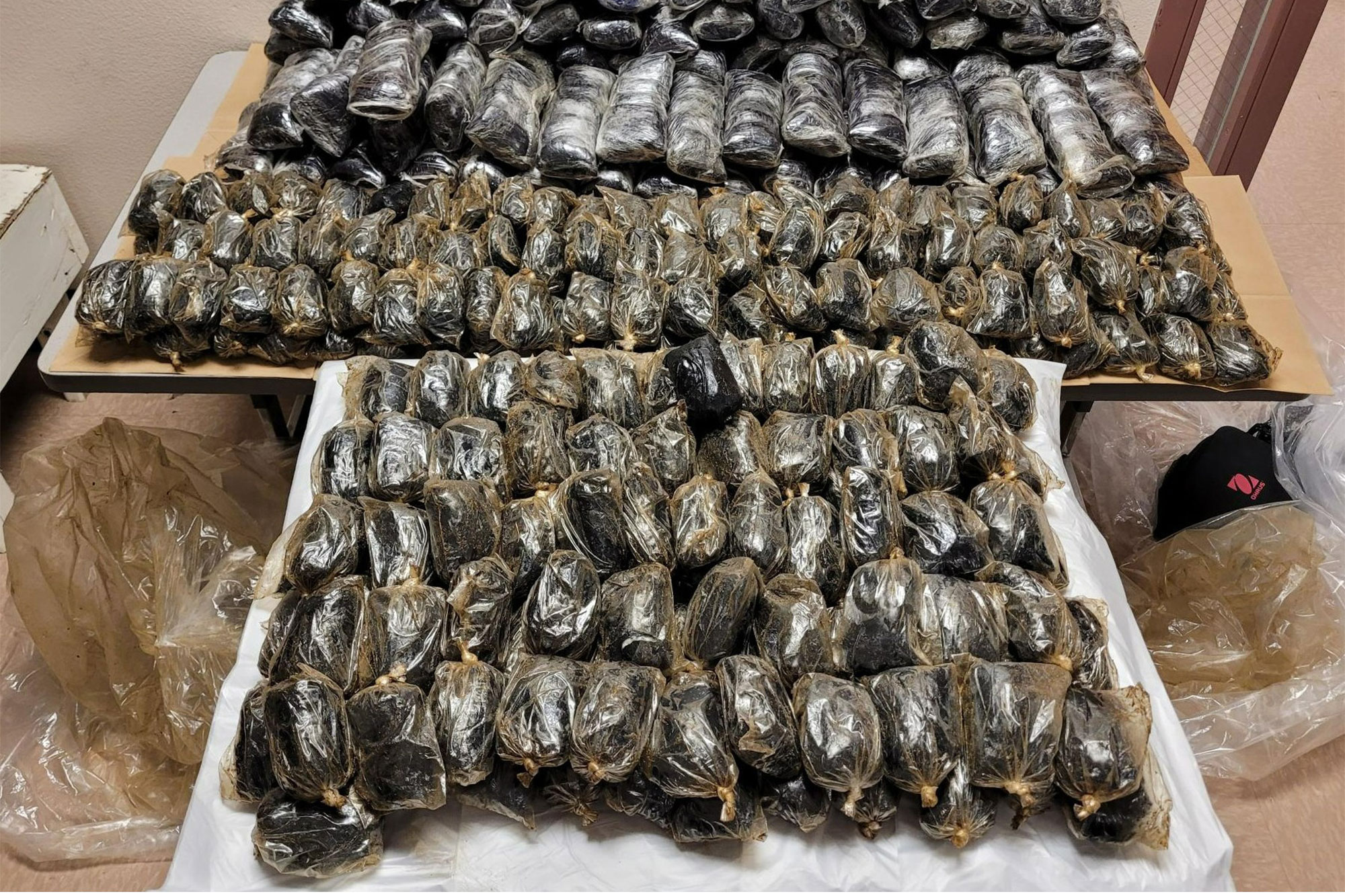 The massive bust was made when agents stopped a woman driving a white Chevy Equinox on a highway near Gila Bend, about 80 miles north of Mexico, according to US Customs and Border Protection.

Officials noticed black duffel bags in the back of the SUV and found the driver to be “noticeably nervous” while being questioned, a press release said.

The woman consented to a search of the vehicle and agents found the bags were full of packages wrapped in black tape and cellophane coated in axle grease, which is used to disguise the smell of narcotics, officials said.

The unnamed driver and her female passenger were turned over to local cops to face drug charges.

More than 71,000 Americans died from fentanyl overdoses last year — a 23% increase from 2020, according to government statistics.

The synthetic opioid — often manufactured in Mexico — is 100 times more powerful than morphine and is sometimes used to cut narcotics like ecstasy, cocaine, heroin, and meth due to its potency and relative affordability, according to the National Institute on Drug Abuse.