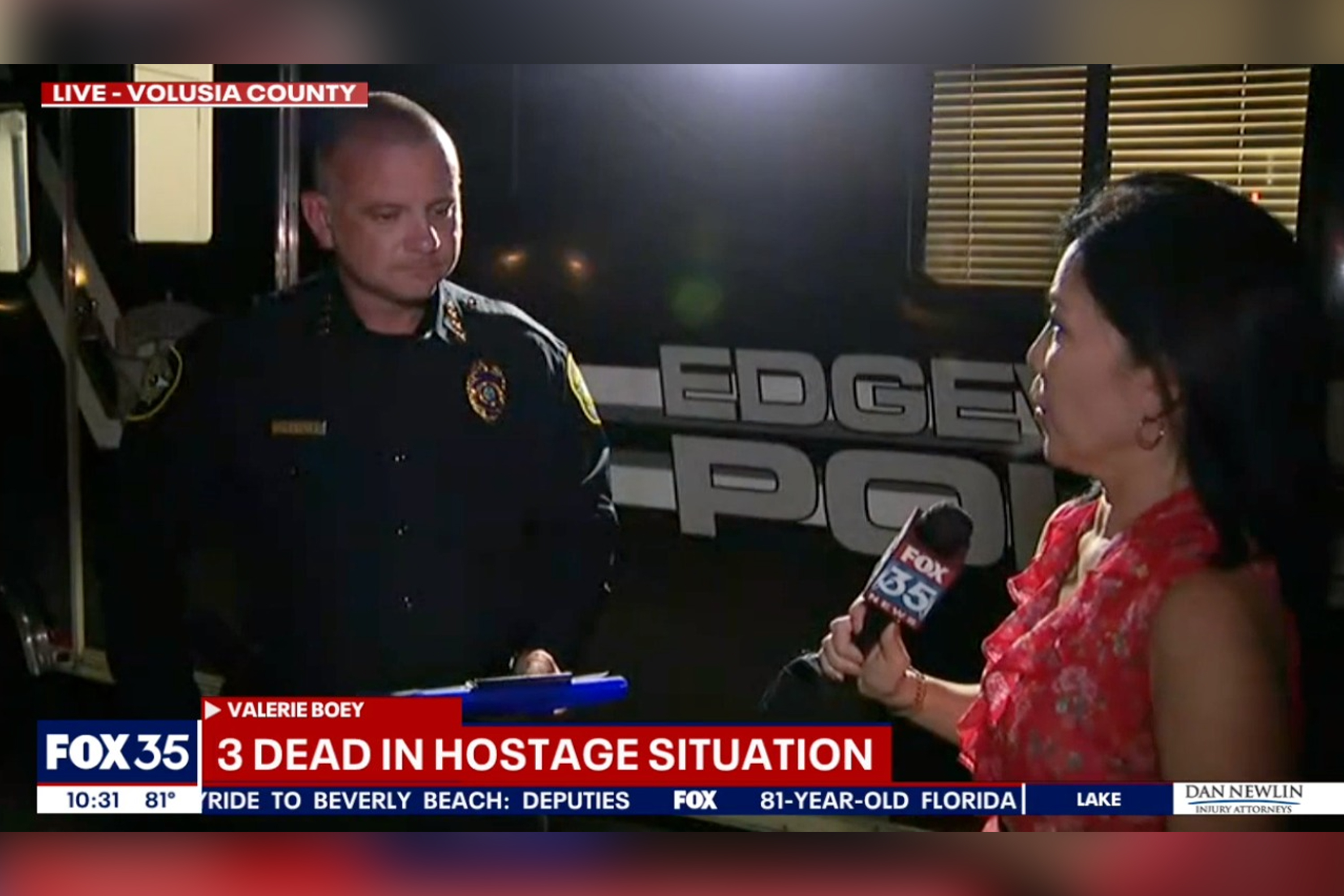 A gunman left three people dead, including himself, after a Narcotics Anonymous meeting turned into a hostage situation Monday night in Florida, police said.

The armed suspect opened fired around 7 pm after walking into an NA meeting at 515 N. Ridgewood Ave. in Edgewater, killing a male then taking a female hostage who he later fatally shot before finally turning the gun on himself, police said.

Other attendees of the meeting escaped as the gunfire erupted before the hostage situation and standoff with police began.

The Edgewater police department attempted to make contact with the suspect, but their efforts were unsuccessful.

A SWAT team later breached the doors, finding the three individuals dead inside.

“We made the quick decision to utilize our SWAT team, and we breached the doors and located three deceased people,” Edgewater Police Chief Joe Mahoney said in a statement to Fox35.

The names of the suspect and victims have not yet been released as police attempt to contact next of kin.

Edgewater police said the deadly shooting was a possible domestic situation, and the public faces no further danger around 11 pm Monday.