At least three people were killed and four others injured in a shooting in central Paris on Friday, the local mayor said.

The mayor of the arrondissement, Alexandra Cordebard, said three people died and four others were injured in the barrage of gunshots, which rang out in the Rue d’Enghien, a street lined with small shops and cafes, CNN reported.

The alleged gunman, a retired train conductor, was arrested shortly after the shooting. Prosecutors are now pursuing a case for murder, voluntary manslaughter, and aggravated violence.

One local shopkeeper heard seven or eight shots going off, according to The Guardian.

“It was just complete panic – everyone locked themselves in,” she told Agence France-Presse.

No motive has been released for the attack.

Parisian police said that an investigation is underway, and asked those nearby to avoid the area, which includes a major shopping district as well as the Grand Rex, often celebrated as Europe’s largest movie theater.

“Thank you to the police for their decisive intervention this morning during the terrible attack in the 10th [arrondissement],” Paris mayor Anne Hidalgo wrote. “Our thoughts are with the victims and their families. We are by their side.” 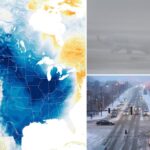 Deadly ‘bomb cyclone’ is due to reach peak intensity Friday 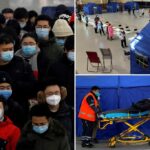 China estimates 37 million infected with COVID in one day