Baby Jasper Wu had been sleeping in his car seat of his family’s white Lexus when he was struck and killed by a stray bullet Nov. 6, 2021.

The bullet was fired by either Trevor Green or Ivory Bivins, who were chasing down Johnny Jackson and Keison Lee in an alleged “rolling gun battle” that spilled onto the Oakland interstate, the Alameda County District Attorney’s office said.

“This horrific tragedy is a parent’s worst nightmare: An innocent child struck by gunfire while riding in the car,” said DA O’Malley in a statement.

The two groups of gang members were allegedly shooting one another from their cars on the northbound side of Interstate 880 around 2 p.m. that afternoon. A bullet from Green and Bivins’ car missed the Nissan Altima carrying Jackson and Lee and traveled across the highway into oncoming southbound traffic

The bullet smashed through the windshield and struck Jasper in the head.

His mother, Cherry An, had been driving the car home to Fremont from San Francisco at the time of the shooting. Jasper’s aunt and two cousins were also in the car, but were not hurt.

Jasper was rushed to a nearby children’s hospital and pronounced dead just a few weeks shy of his second birthday.

Authorities found the bullet lodged in the seat behind the toddler’s car seat when they arrived, KTVU reported.

Green and Bivins were arrested in March 2022, while Jackson was arrested Wednesday, O’Malley said. Lee was shot and killed in a separate, drive-by shooting last month, KTVU said.

Green, Bivins and Jackson were charged with murder, shooting at an occupied vehicle, and possession of a firearm by a felon. Green and Bivins also face additional charges of conspiracy to commit a crime and criminal street gang conspiracy. 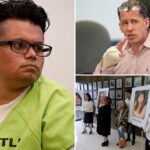 Franc Cano gets life sentence for rape, murder of 4 women 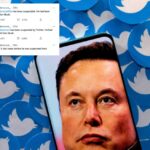