The butchered remains of three people washed ashore in Acapulco, Mexico, over the weekend — shocking beachgoers at the once-thriving holiday hotspot.

Gruesome photos show a body lying face-up on sun-soaked Condesa beach as tourists gawk and families wade in the water nearby.

The corpses all showed signs of torture, the Sun reported.

Authorities removed the bodies, believed to be victims of brutal cartel violence, but never shut down the beach, reports said.

The first two bodies were found by tourists on Condesa beach on Saturday and the third washed up on nearby Icacos beach, according to El Pais, a Spanish-language publication.

One of the two bodies found on Condesa was bound to a cement anchor and the third body found on Icacos had been shot in the back of the head.

The grisly finds come as cartel violence is surging in the once-luxe destination now listed as the seventh-deadliest in the world, according to the Sun.

Over 120 murders were recorded in Acapulco in the first four months of this year alone, according to El Pais.

Last year the US State Department issued a “Do not travel” advisory for Guerrero state, where Acapulco is located, warning American citizens of “widespread” crime and violence.

“Armed groups operate independently of the government in many areas of Guerrero,” the advisory said. “Members of these groups frequently maintain roadblocks and may use violence towards travelers.”

Kidnapping has also been an issue in the state, the advisory stated.

Acapulco was once a favorite vacation spot of the wealthy, frequently visited by Hollywood A-listers in decades past, such as Frank Sinatra and Elizabeth Taylor.

But deadly violence has become so commonplace that vacationers and residents have sometimes been spotted lounging not far from bullet-riddled corpses.

In 2018, gunmen killed a man and wounded two inside a beach restaurant while tourists were seen in a shocking photo continuing with their leisure activities not far from a murdered person.

That same year, the entire police force was disarmed and placed under investigation after officials said the force had been infiltrated by the cartels. 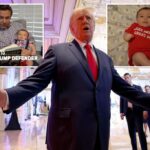 Trump trolls DeSantis for once dressing baby in MAGA onesie 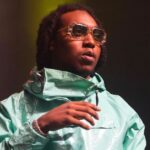